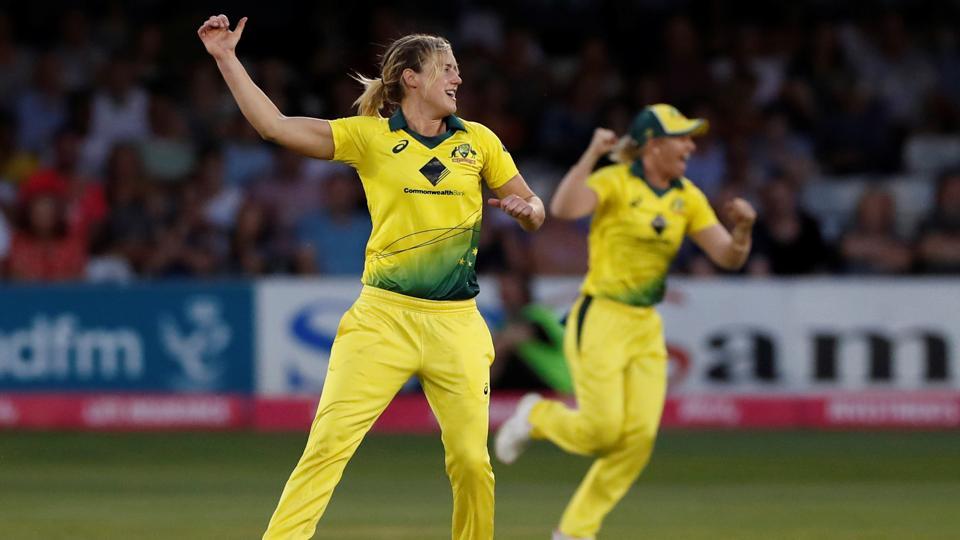 Australian all-rounder Ellyse Perry on Sunday became the first cricketer (male or female) to reach the milestone of 1000 runs and 100 wickets in T20Is.

She displayed an all-round performance enabling Australia to register a seven wicket-win over England in the second T20I.

Perry had scalped the wicket of England’s Natalie Sciver in the World T20 final in November whereas she reached the milestone of 1000 runs in the team’s match against England on Sunday.

“I guess it’s lovely, but I wasn’t aware of it. I actually think in T20 cricket at the international level, we probably play it as much as the men, so I have played a pretty big volume of games now – over 100, so I suppose when you’ve played 100 games you might get close to it. That’s probably the only reason I’m there – because I’ve played a lot of games,” ESPN Cricinfo quoted Perry as saying.

Pakistan’s Shahid Afridi is the closest to Perry’s Milestone as he has 1498 runs and 98 wickets to his credit in T20Is.

However, Bangladesh’s all-rounder Shakib Al Hasan is the best-placed candidate to overhaul Perry’s record as he is still playing cricket and has 1471 runs and 88 wickets to his credit in international T20Is.

Perry recently recorded the figures of 7-22 in the third ODI against England in the ongoing Ashes and these bowling figures are the best figures by any Australian in women’s one-day internationals, and the fourth-best of all time.

Australia consolidated their lead in the ongoing Ashes as they defeated England in the second T20I of the three-match series.