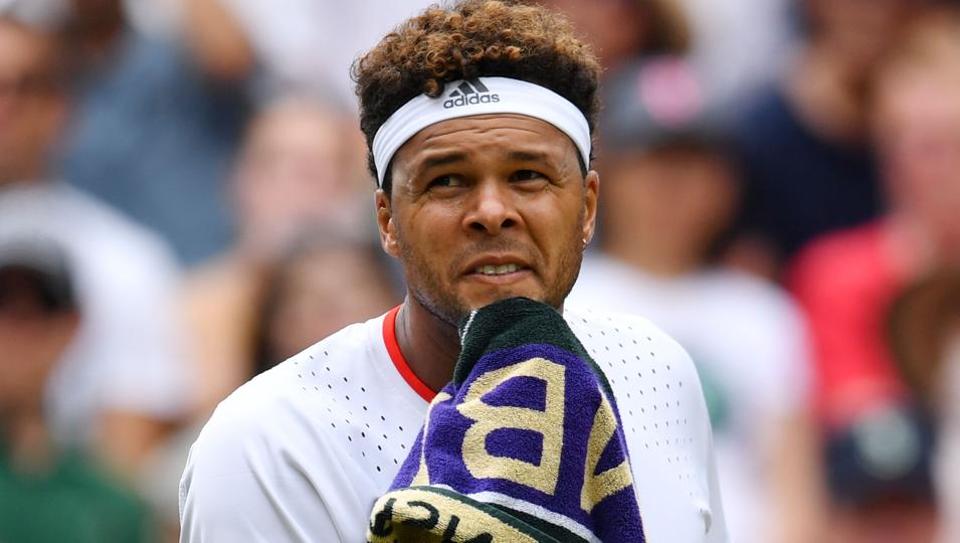 The 34-year-old Frenchman, ranked 70th in the world, on Tuesday outlasted eighth-ranked Khachanov after one hour and 58 minutes, turning back the clock to reach the third round of the US Open hardcourt tuneup event.

“I played very good tennis,” Tsonga said. “Everything went OK. Just very happy to go through. It’s good to see some results for all the hard work.”

Tsonga, who lost his only Grand Slam final to Novak Djokovic at the 2008 Australian Open, had dropped six matches in a row against top-10 rivals since beating fifth-ranked German Alexander Zverev in October 2017 in a Vienna quarter-final.

There’s a revitalized spark in Tsonga, who won his 17th ATP title in February at Montpellier as a 210th-rated wildcard. He fired 13 aces and won 80 percent of his first-serve points.

“When you play so long, sometimes you don’t feel like yourself,” Tsonga said. “Sometimes you lose your personality. I try to keep it and bring it back on court. When you are like this, it’s a lot better.”

The world number 10 might face an injured rival in the third round as 40th-ranked hometown favorite Frances Tiafoe beat Kazakhstan’s Alexander Bublik 6-1 7-6 (7/5) then quickly departed with a foot injury.

“I’m very happy to return home with a win,” 16th seed Tiafoe said in a statement. “Unfortunately at the end of my match I felt a tweak in my foot. In the interest of making sure I can play my next match to the fullest, I will be getting my foot checked out.” ‘

Khachanov, who earlier this month became the first Russian in the top 10 since Mikhail Youzhny in 2011, is coached by Vedran Martic but has worked the past couple weeks with former world number three Nikolay Davydenko.

“We started to train in Moscow, so that’s the preparation I’ve had with him, for 10-11 days, and then I asked him to come here as well,” Khachanov said.

“We just started with him. I don’t want to make any official announcement yet. But he started to help me two weeks ago. Hopefully he can join the team.”

Together with Medvedev, Khachanov has signaled a new rise in Russian tennis.

“It’s great for the country and great for us to be higher, slowly reaching new goals,” Khachanov said. “Hopefully we’re moving up slowly a long ways.”