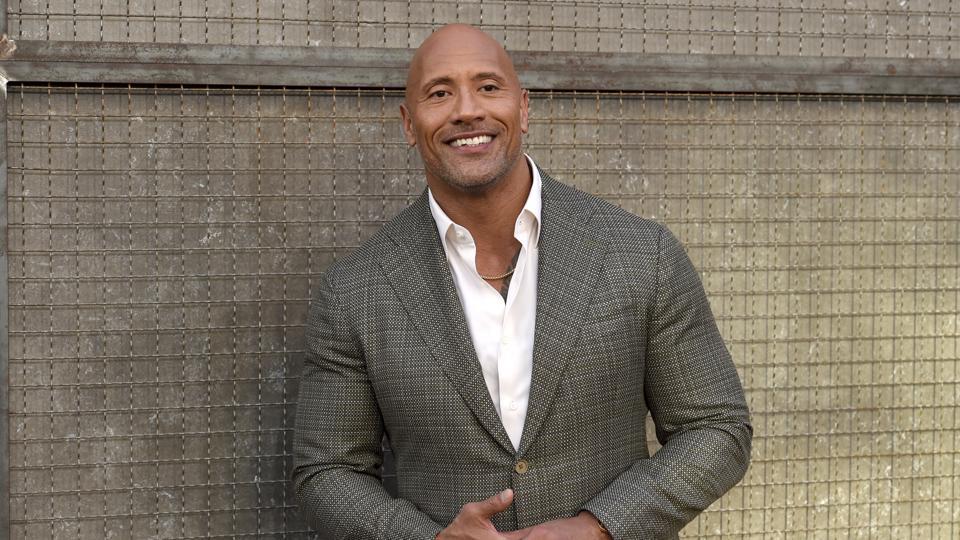 Dwayne ‘The Rock’ Johnson is one of the greatest and popular WWE superstars of all time. During his run with the company, The Rock gained immense popularity through his charismatic persona and excellent in-ring acumen. Johnson then decided to pursue his dreams of becoming a Hollywood actor in the mid-2000s and left his full-time career as a pro-wrestler. He has since become one of the most biggest actors in the film industry with hits such as Jumanji while becoming an important part of the Fast and Furious franchise.

He has made sporadic appearances in the WWE since his acting career took off but if he recognises someone as a future superstar in the company, then The Rock’s word cannot be ignored. Recently, The Rock was asked by TMZSports about who he regards as a future WWE star and his answer might not surprise many. The Rock regards 6’6 ft Scottish Psychopath, Drew McIntyre as a wrestler who has the potential to become a great.

The Rock Says Drew McIntyre Could Be Next Big WWE Superstar https://t.co/IBI2HDXwDa

“I think he’s got a great look, great build,” Rock says … noting that he’s only getting better every time he steps in the ring.

Drew McIntyre looks over his opponent after beating him down. ( WWE )

Rock then continued by saying that McIntyre should ‘[continue] to hone in on his craft and connect with the audience which is always the most important thing.’

Most of the fans and critics have expected 34-year-old McIntyre to become a WWE champion soon. He is already a former NXT Champion, former WWE Intercontinental Champion and 2-time Tag Team Champion but hasn’t been able to take the next step in his career.

McIntyre was even labelled as the ‘Chosen One’ by Vince McMahon himself when he debuted in 2007. But after an impressive return to the company in 2017, McIntyre is on losing streak where he has been defeated in matches against Roman Reigns, The Undertaker and Kevin Owens.