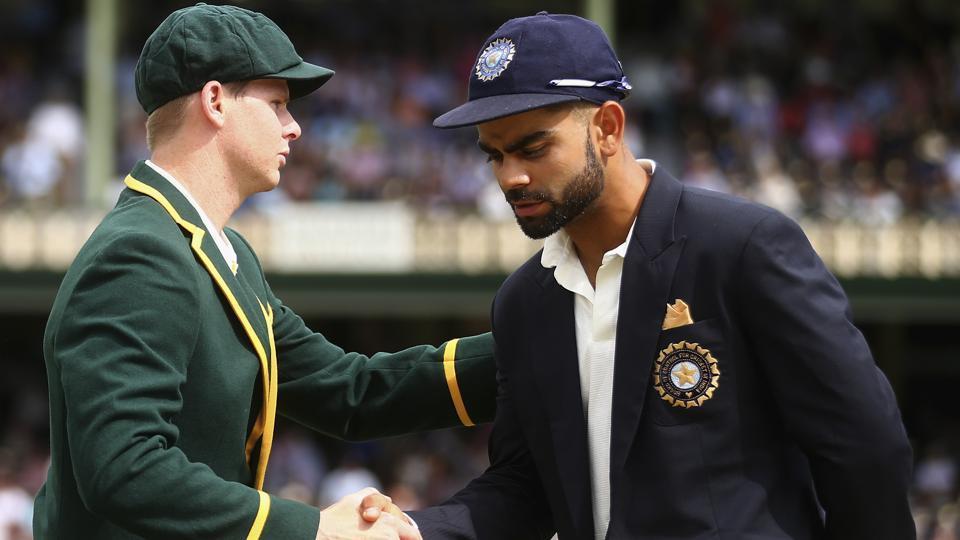 Former Australia captain Steve Smith on Thursday struck his 24th Test century in the first Ashes Test at Edgbaston against England. Smith in the process went past India skipper Virat Kohli to become the second-fastest batsman to register 24 centuries in Test cricket.

It took Smith just 118 to complete 24 Test centuries. Kohli, on the other hand, had taken 123 innings to achieve the same.

The record for the fastest to 24 centuires still stand with Australian Don Bradman who had taken only 66 innings for the same. Sachin Tendulkar had achieved the feat in his 125th Test innings.

Also Read: ‘MS Dhoni at No 7 wasn’t my decision alone’

Smith played a knock of 144 runs against England to rescue Australia from 122/8 and take the team’s total to 284 runs in the first innings of the match.

“Went to bed at 8/142 and I wake up and we have doubled our score. Steve Smith is amazing showing tremendous concentration self-belief and skill. Aussies now back in the game after a forgettable 1st 2 sessions,” Mark Waugh tweeted.

Opting to bat first, Australia got off to a horrendous start as the side lost their top-order for just 35 runs on the board. David Warner (2), Cameron Bancroft (8) and Usman Khawaja (13) all failed to leave a mark. Warner was adjudged LBW, but replays showed that the ball was missing the leg stump. The left-handed batsman did not opt for a review.

Smith and Travis Head stitched a 64-run stand, but Head (35) was sent back to the pavilion immediately after the lunch break by Chris Woakes.

After Head’s dismissal, Australia lost their next four wickets cheaply and the side found itself staring down the barrel at 122/8. Skipper Tim Paine (5), Matthew Wade (1), James Pattinson (0) and Pat Cummins (5) were dismissed in quick succession.

Coming into bat at the fall of the 8th wicket, Petter Siddle showed resilience with the bat and he gave Smith much-needed support at the crease. Smith and Siddle put up an 88-run stand, taking the team past the 200-run mark.

Siddle (44) missed his half-century and was sent back to the pavilion by Moeen Ali as he had him caught at short leg. After Siddle’s dismissal, Smith changed gears and started looking for big shots to take the team to a safer score.

Along with Nathan Lyon, Smith stitched a 74-run stand, which saw the right-handed Smith bringing up his century. Stuart Broad finally dismissed Smith, giving him a five-wicket haul and ending Australia’s innings at 284.