Ashes 2019, England vs Australia: Three things we learned from the first Ashes Test 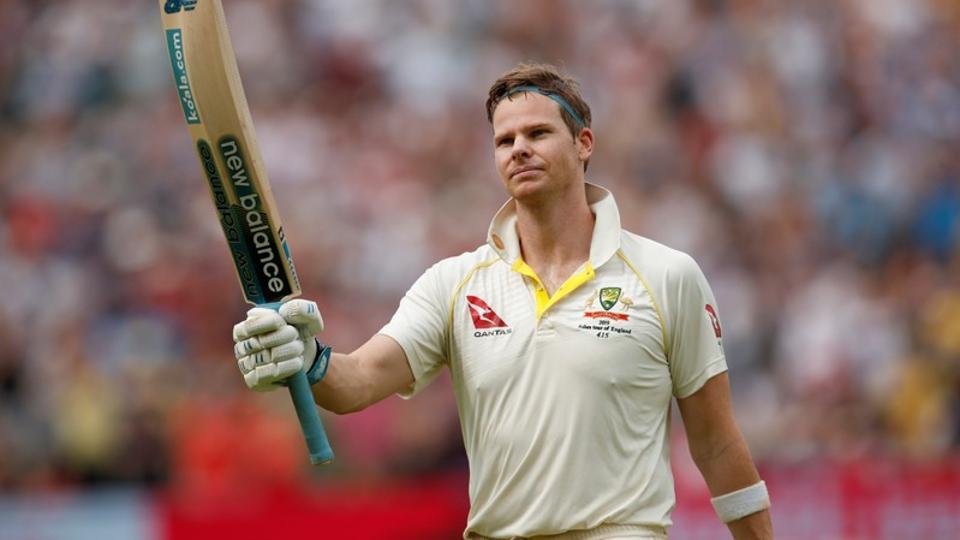 Australia overwhelmed England by 251 runs to win the first Test at Edgbaston on Monday and take a 1-0 lead in the 5-match Test series. Australia were reduced to 122 for 8 in their first innings but Steve Smith revived them and then the bowlers chipped in beautiful to complete a convincing win.

Below AFP Sport looks at three things we learned from the opening match in a five-Test clash for the Ashes.

Smith as good as he ever was

Any thoughts Steve Smith might be rusty on his return to Test cricket following a 12-month ban for his involvement in a ball-tampering scandal were dashed by innings of 144 and 142.

His opening century of this Ashes series revived Australia from the depths of 122-8, while his second helped put them in a position to declare. By scoring hundreds in both innings of an Ashes Test, Smith achieved a feat even beyond Australia’s Don Bradman, widely regarded as cricket’s greatest batsman.

ALSO READ: ‘A win for the ages’, Australia delights in Edgbaston triumph

Smith’s Test average of 62.96 is now second only to Bradman’s staggering 99.94 among batsmen to have played 20 innings at this level.

England captain Douglas Jardine resorted to infamous ‘Bodyline’ tactics in a bid to curb Bradman’s run-scoring during the 1932/33 Ashes.

That option is no longer available to current England captain Joe Root, who now faces the difficult task of planning a way to dismiss Smith while making sure his attack don’t get a complex about bowling to the unorthodox batsman.

Smith top-scored with 687 runs at 137.4 during Australia’s 4-0 home Ashes win in 2017/18 and the way he started at Edgbaston, impervious to the booing from home fans, was an ominous sign for England.

A dry and increasingly slow pitch was a surface on which spinners would expect to bowl well. But while Australia’s Nathan Lyon took nine wickets in the match, including 6-49 in England’s second-innings collapse to 146 all out, opposing off-spinner Moeen Ali offered nothing like the same threat or even control.

England will point to the fact that paceman James Anderson broke down with a calf injury just four overs into the game as an unlucky break — although the fact their all-time leading Test wicket-taker already had a calf problem suggests their decision to field the 37-year-old was a calculated risk that did not come off.

It may be that England decide to bring in left-arm spinner Jack Leach for the second Test at Lord’s, especially as Moeen’s batting has now disintegrated to the extent he has four ducks in his last nine Test innings.

Meanwhile World Cup-winning England fast bowler Jofra Archer will have to prove he has overcome a side injury before he can make a Test debut.

Before this series many pundits thought that, given the strength of both attacks, batting rather than bowling would be the decisive factor in deciding the destiny of this Ashes.

Australia may have suffered a first-innings collapse but the way middle-order batsman Travis Head made 35 before following up with 51 in a second innings where Matthew Wade struck a century was an encouraging sign for the tourists.

England have long had problems with their top-order but this match did see opener Rory Burns make a maiden Test century although some observers still harbour doubts about the left-hander’s unorthodox technique.

Of greater concern to England is that middle-order batsmen Joe Denly, Jos Buttler and Jonny Bairstow failed to fire at Edgbaston, with the latter two twice out for single figures.

While there are arguments for retaining them individually, it is hard to see how they all feature at Lord’s.

Wicketkeeper Bairstow’s run of poor batting form — he has passed 30 just twice in his last 17 Test innings — could see him replaced by Ben Foakes, a better gloveman, who while not as good a batsman as the Yorkshireman does average over 40 at this level.

Interminable transfer rumours surrounding Neymar continue to swirl unabated as the new Ligue 1 season kicks off this weekend with defending champions Paris Saint-Germain launching their assault for a seventh title in eight attempts. Thomas Tuchel’s side began their campaign by lifting the Champions Trophy in Shenzhen, China, gaining a modicum of revenge with a 2-1 victory over Rennes, the team that shocked PSG in last season’s French Cup final. As Neymar served the last of a three-match ban, incurred after a spat with a fan following April’s shootout loss, Kylian Mbappe pleaded with the Brazilian to stay during their trip to the Far East. “Everyone loves him and I love him so much,” Mbappe said of Neymar, the world’s most expensive player who has been linked with a return to his former club Barcelona. “I don’t want him to leave the team, obviously. I want him to stay. When you think about his situation and then he plays very well and he co-operates with the team you can see what he means to us.” The Brazilian suffered another injury-plagued season, missing PSG’s embarrassing Champions League defeat by Manchester United, as well as Brazil’s triumphant Copa America campaign. The 27-year-old has also been embroiled in widely publicised rape allegations, vehemently denied, which were eventually dismissed by Brazilian police for lack of evidence. Amid Neymar’s tumult Mbappe, who took the 2018 World Cup by storm, tormented Ligue 1 defences to the tune of 33 goals to emerge as the club’s true poster boy. Mbappe moved to quell any doubts over his own plans, having caused alarm when he spoke of playing “elsewhere” at the French league awards ceremony in May. “I think it wasn’t the right place (to say that),” the 20-year-old said while in China. “I’d like to say sorry to the players who were there, because I spoiled the party.” Last season’s title race quickly turned into a cakewalk for PSG, but after a domestic treble in 2017/18 under Unai Emery, his successor fell short in both domestic cups. – ‘It hurts still’ – Despite that disappointment the brief for Tuchel a year on remains unchanged with PSG desperately craving success in Europe, after another calamitous exit. “It hurts a lot, it hurts still that we did not go through,” midfielder Julian Draxler told AFP, five months on. “But from the potential in the team, we are ready to go far in the Champions League.” While PSG have crashed out at the last-16 stage in Europe each of the past three years, it is almost unfathomable they could be dethroned in France with last season’s chief rivals losing a number of key players. Lille sold leading scorer Nicolas Pepe to Arsenal for a reported £72 million ($87 million), while Lyon head into the new campaign without Nabil Fekir, Tanguy Ndombele and Ferland Mendy. Fekir left his boyhood club for Real Betis, Mendy signed for Real Madid, and Ndombele became Tottenham’s record signing in a deal that could rise to 70 million euros. Perhaps unsurprisingly, Lyon have struggled in pre-season under new boss Sylvinho, the former Barcelona and Arsenal full-back. Sporting director and club legend Juninho, who handpicked his compatriot to replace Bruno Genesio, said the start of the campaign would be a “moment of truth” after limp displays against Liverpool and Bournemouth. The arrival of Andre Villas-Boas, who was out of football for 18 months, at Marseille makes for an intriguing prosect. The former protege of Jose Mourinho has pledged to do his all to restore the 1993 Champions League winners to the top after they failed to qualify for Europe last season, prompting the dismissal of Rudi Garcia.
Ashes 2019, England vs Australia: ‘A win for the ages’, Australia delights in Edgbaston triumph