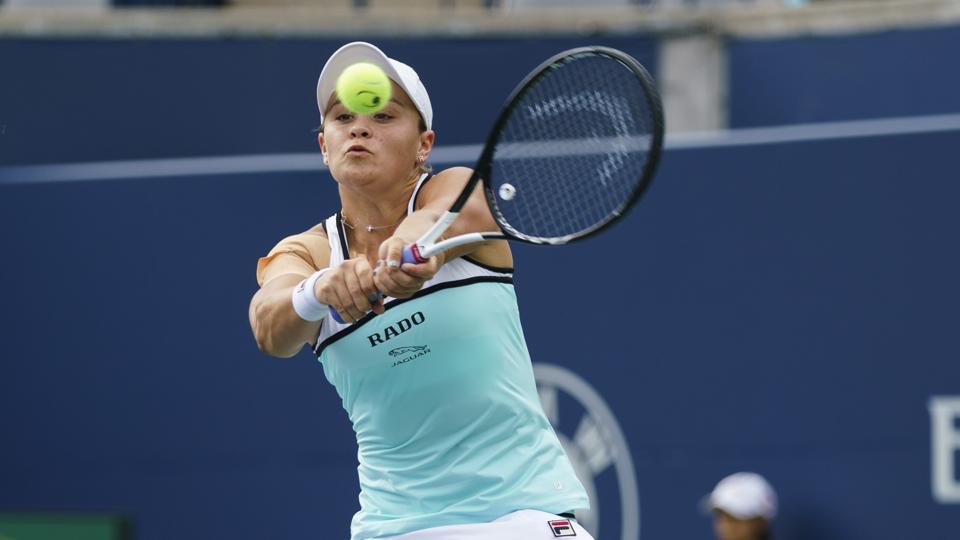 World number one Ash Barty’s preparations for the U.S. Open got off to a rocky start as the Australian suffered a shock 6-7(5) 6-3 6-4 loss to American Sofia Kenin in the second round of the Rogers Cup on Tuesday. French Open champion Barty, playing for the first time since falling in the last 16 at Wimbledon, was far from her best and Kenin took full advantage, recording her first victory in four meetings with the Australian.

“And Sofia served today in the big moments. She served particularly well and got a lot of free points.”

World number 29 Kenin failed to serve out the opening set at 5-4 but did not let that setback derail her, remaining poised the rest of the way even as Barty nearly rallied back from big deficits in the second and third sets.

Kenin led 4-0 in the second only for Barty to win three straight games and get back on serve. In the decider, Kenin broke twice early for a 4-1 lead and Barty again threatened but finally ran out of tricks on the fourth match point.

“I am just really tired to be honest,” Kenin said. “Such a tough player and it was a tough match and I am just so happy to have pulled through.”

Next up for Kenin will be either former world number one Victoria Azarenka, who earlier beat hard-hitting Italian Camila Giorgi 6-2 6-2, or Ukraine’s Dayana Yastremska.

With the loss, Barty could lose her number one ranking if Naomi Osaka wins her second-round match on Wednesday or if Czech Karolina Pliskova reaches the semi-finals.

Marie Bouzkova claimed the biggest win of her young career with a 6-2 7-5 upset of seventh seeded Sloane Stephens to close out the action on Tuesday.

In other matches, seven-times Grand Slam champion Venus Williams was eliminated in the first round with a 6-4 6-2 loss to Spaniard Carla Suarez-Navarro.

Williams, who has now lost four consecutive matches, was ultimately undone by a slew of unforced errors and double faults that allowed Suarez-Navarro to reel off the final four games.

“She was just extra sharp,” said Williams. “And I played a lot of great points but just didn’t put enough in a row.”

Among the other players to reach the Round of 32 in Toronto, which is part of the U.S. Open Series leading up to the year’s final Grand Slam, were Czech Katerina Siniakova, German qualifier Tatjana Maria and Polish qualifier Iga Swiatek.