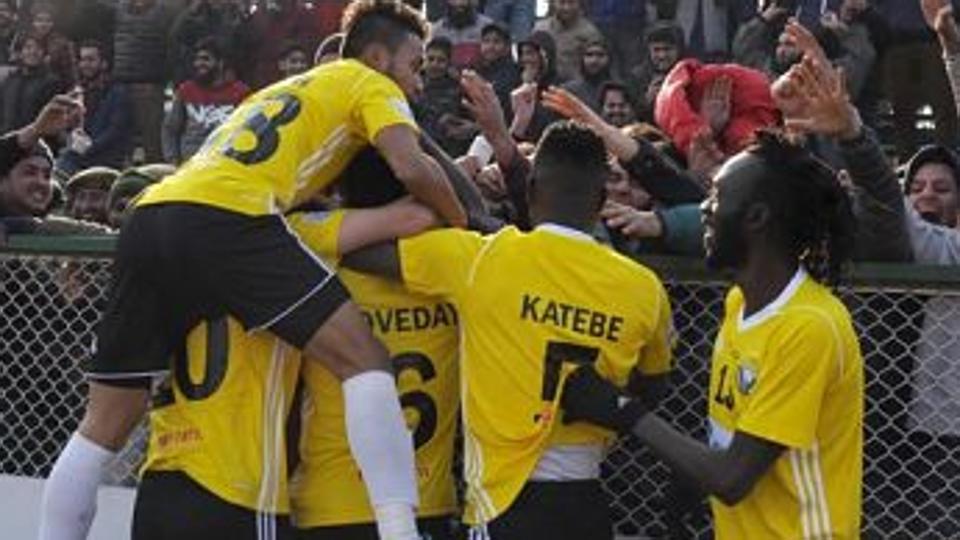 The story of Real Kashmir Football Club (RKFC) continues to play out as a riveting drama in real life. It is a tale of a group of men for whom hunger, heart and desire mean more than everyday pre-match pep talk.

“We are used to this. If we were fazed by everything that happens, we wouldn’t have been able to come this far,” said Real Kashmir co-owner Sandeep Chattoo after hugs with his support staff following the 1-0 win against Chennai City FC in their Durand Cup opener at Kalyani Stadium on Wednesday.

Chattoo was referring to the communication lockdown back home and the state of siege within Jammu and Kashmir following the central government’s decision to repeal Article 370.

“We are all very sad with whatever is happening in Kashmir. Iraq won the Asian Cup (2007) under difficult circumstances, so such a situation can also motivate you,” said Akbar Nawas, coach of Chennai City FC (CCFC), who played with 10 men after goalkeeper Phurba Lachenpa was shown the red card for handling the ball outside the penalty area in the 76th minute.

“We are a very difficult team to beat because we play with so much heart and soul. The early signs are good,” said Real Kashmir’s Scottish coach Dave Robertson, looking ahead to 2019-20.

“He (Robertson) had told us to forget everything when we get on the pitch,” said Danish Farooq, who scored the 90th minute long-ranger against the I-League champions. Chennai City lost 0-1 to Real Kashmir twice in the last I-League. “This goal is for my teammates and the owners who are working so hard to keep this team.”

Farooq is a footballer’s son. His performance in the 2018-19 I-League, where on a shoestring budget Real Kashmir finished third on debut, had him being called ‘Kashmiri Ronaldo’. The jury though is out on who is more of an Adonis in studs.

Farooq, 23, grew up playing football in the time of strife. On Wednesday, the attacking midfielder played as striker on a wet pitch fringed by tall trees on one end and a lake behind the goal on the other. “Football teaches you to deal with adversity,” he said at the post-match media conference.

Real Kashmir assembled in Kalyani, around 56km from Kolkata, for the first time this season. The foreigners, players and staff, arrived on Saturday. “We hadn’t seen each other for three months and some of us travelled from Europe and Africa. Some reached around 10pm but those who had come earlier were waiting up. There were hugs, laughter, renewing of old friendships,” said Robertson.

Five players from Srinagar, including Farooq, and one from Jammu joined on Monday night. With phones not working, Chattoo said he had a tough time organising their travel and that of the support staff who are from the state. The rest of the Indian players got to Kalyani over the weekend.

Chennai City, who have an all-Indian team comprising mostly reserves, trained for 12-13 days, said Nawas. The only practice session Real Kashmir got was on Tuesday. “Our pre-season really started today,” said Farooq.

“(Central defender) Loveday Okechukwu jogged for the first time on Tuesday, and today he played for 90 minutes. No fitness, no planning, we won the game with hunger and desire. When the legs went, the heart took over. It was an incredible performance,” said Robertson.

For all his sangfroid, even Chattoo said this was special. Like his players from Jammu and Kashmir, Chattoo said he has not been able to contact staff at the hotel he owns in Srinagar nor those working in his other businesses. He said he wants Real Kashmir to train outside the state for at least a month, and has reached out to teams in other cities who have offered to host them.

“We want to play our I-League home games in Srinagar. We can ask AIFF to schedule our home games for later,” said Chattoo.