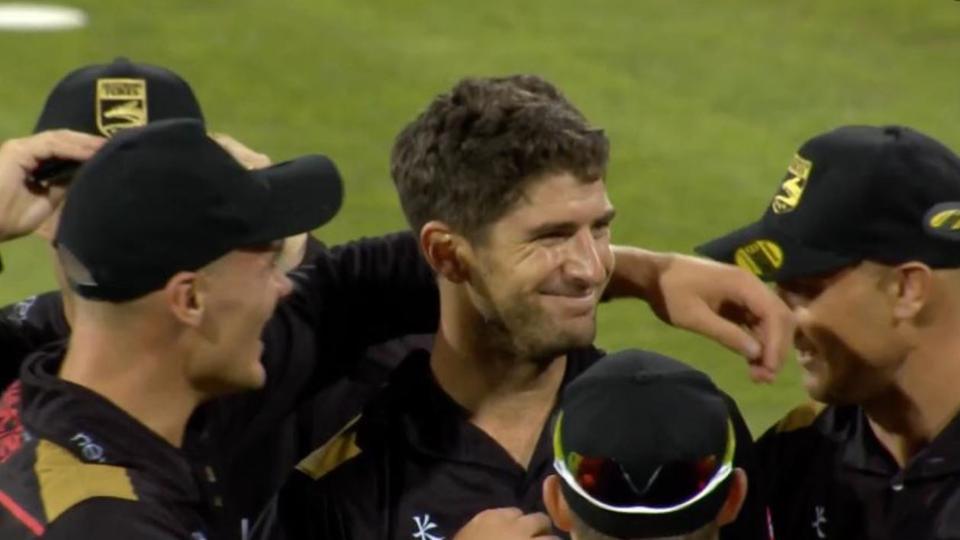 The 28-year-old, playing for Leicestershire, took the wickets of Michael Burgess, Sam Hain, Will Rhodes, Liam Banks, Alex Thomson, Henry Brookes and Jeetan Patel in his side’s 55-run over Warwickshire at Grace Road on Wednesday.

Malaysian bowler Arul Suppiah held the previous world record when he claimed 6-5 for Somerset against Glamorgan in 2011.

“It hasn’t really sunk in. I’m sure I’ll remember this game for a long time,” the Leicestershire captain said after the visitors, chasing 190 to win, were dismissed for 134.

“I think it’s the first time it’s really turned at Grace Road. I tried to use my height and get a bit of bounce.

“I wanted to get the batters to hit into the bigger side of the field and mixed up my pace.” He added: “Never in a million years (did he think he would set a world record). I’m a batting all-rounder.”

Wawrickshire skipper Patel said: “You can’t take away from a great display of bowling. Colin’s spell put them in the ascendancy.”