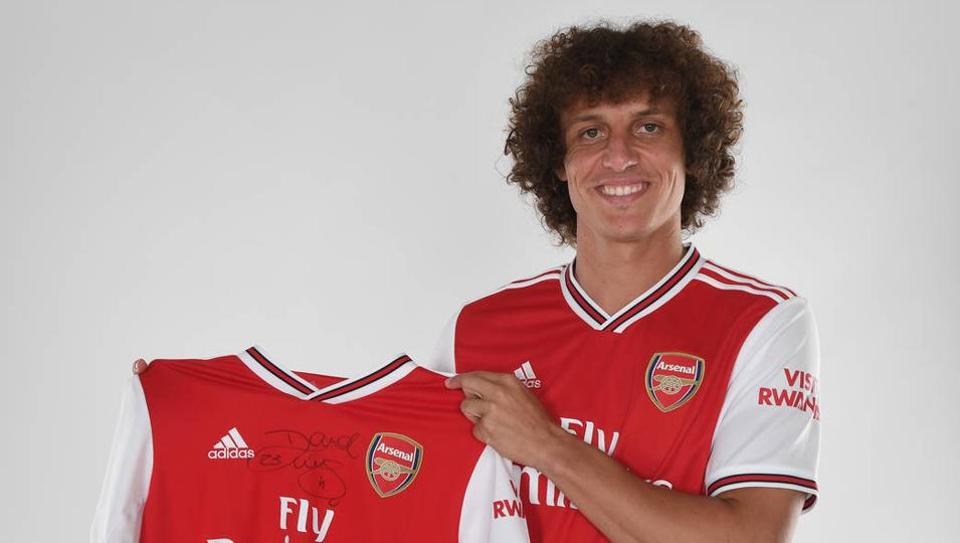 The thrills and uncertainties of football transfer windows are one of a kind. Premier League fans around the world followed proceedings with bated breath as the English summer transfer window wound up on Thursday evening. Preparing for another long and gruelling season, many clubs managed to make some last-minute adjustments to their squads ahead of the local 5pm deadline.

Tottenham Hotspur, in particular, had a busy final day. Linked with Juventus star Paulo Dybala, Giovani Lo Celso of Real Betis and Fulham youngster Ryan Sessegnon at the beginning of the day, the club managed to close out deals for the last two. Arsenal too ended on a high, bringing in crucial defensive reinforcements. For Manchester United fans, the window culminated on a sour note with the club failing to make any major signing following the arrival of Harry Maguire, despite being linked with a number of high-profile names.

So where does this summer transfer window leave the 20 clubs in the world’s richest football league?

Fan fury over a lack of investment in the transfer market by the Gunners will be quelled this summer after Unai Emery’s side spent significant sums strengthening the squad. Nicolas Pepe comes as a major upgrade over the current options in the wings.

The club also roped in William Saliba and David Luiz to boost its central defence that lost Laurent Koscielny to Bordeaux. Kieran Tierney is expected to be a long-term solution to the club’s left-back woes while Dani Ceballos, on loan from Real Madrid, will improve Emery’s midfield options. A major worry for the club remains finding a long-term replacement for Aaron Ramsey, who moved to Juventus.

Nevertheless, Arsenal stand stronger on paper than last season and the club will hope to make a serious push for top-four, particularly in the backdrop of Chelsea and Manchester United’s further weakening this summer.

Pep Guardiola’s Manchester City scripted the club’s best season in history in the last campaign when they lifted a domestic treble of Premier League, FA Cup and League Cup. Despite their dominance, an area where the club was exposed at times last season was in its defensive midfield. Fernandinho has been the engine behind Guardiola’s fluid, possession-heavy game in the last two league-winning campaigns. But the club struggled to fill the void when the Brazilian midfielder missed games due to injury.

This summer, the Abu Dhabi-funded club roped in Rodri from Atletico Madrid. The highly-rated Spaniard is not only being seen as the long-term replacement for Fernandinho but also as a more versatile holding midfield option who will allow Guardiola to tinker with his system throughout the season. The signing of right-back Joao Cancelo, who can also play on the left wing, will also add to the depth of City’s squad. So will young left-back Angelino, who signed from PSV Eindhoven.

While the departure of full-back Danilo – a squad player under Guardiola – won’t have much of an impact, Vincent Kompany leaves a huge void at centre-back. Kompany failed to play even half of the club’s league games in any of the last four seasons due to injury, and Guardiola will be more than prepared to deal with his absence.

After losing out on the Champions League title to Liverpool in Madrid last season, Tottenham and Mauricio Pochettino were expected to face a major challenge holding on to their star players this summer. With Kieran Trippier the only major name to depart, Spurs have managed to assuage those fears. More importantly, after two seasons of under-investment, Tottenham have significantly boosted their roster with key signings. The arrivals of highly-rated French midfielder Tanguy Ndombele and Argentine attacking midfielder Giovani Lo Celso will come as a major statement of intent as the club seeks to enter the title equation.

Left-back Ryan Sessegnon and winger Jack Clarke too will add significant depth to a team that looks best placed to challenge Man City and Liverpool for the title this season.

A frustrating summer transfer window, which saw Manchester United arguably overpay for their targets and fail to reinforce key positions, means the Red Devils do not figure in the title talk ahead of the new season.

Ole Gunnar Solskjaer made two key additions to his defence, signing Aaron Wan-Bissaka and Harry Maguire, but failed to sign any central midfielder despite losing Fellaini in January and Ander Herrera this summer. Already deemed not strong enough for a top-four push, United’s weakened midfield is worsened by a weaker strike force after Belgian forward Romelu Lukaku left for Inter Milan. Despite signing young winger Daniel James, Solskjaer still lacks depth up front. This may mean more opportunities for younger players like Mason Greenwood and Tahith Chong but none of the main title contenders – City, Liverpool and potentially Spurs – will be worried about the possibility of a title tilt from United.

After making a slew of key signings in the last two seasons, which helped them to a sixth European Cup triumph last campaign, Jurgen Klopp’s Liverpool had a quiet summer in the transfer market. The club didn’t make any major signing but managed to retain all their star names, something Klopp views as a major positive.

The Reds showed last season they have a squad strong enough to launch title challenges in England and Europe simultaneously. Whether it is enough to push an even stronger City in the title race remains to be seen.

Banned from the transfer market for two windows following an investigation into their foreign U-18 player signings, the only signing the club could make this season was by exercising their option to make Mateo Kovacic’s loan deal permanent. The club lost Eden Hazard and David Luiz this summer, depleting the club of its most prolific attacking outlet as well as of its most senior centre-back.

Frank Lampard will be able to call on the services of a number of youngsters, some of whom are returning from loan outings. But given their inability to bring in replacements for Hazard and Luiz, the Blues could be in for a long season.

A BUSY WINDOW FOR THE REST

A number of clubs made notable additions ahead of the new season. Newly-promoted Aston Villa roped in as many as 12 players, spending well over £100 million in the process. Time will tell how this spending spree helps them maintain their top-flight status, or even make inroads into the top-half of the table.

Everton had a busy summer, bringing key additions like forward Moise Kean, left-back Djibril Sidibe (on loan) and two-time Premier League winner Fabian Delph from City. The club made Andre Gomes’s stay permanent after signing him on loan last season and also signed defensive midfielder Jean-Philippe Gbamin to compensate for the departure of Idrissa Gueye. Late on Thursday, the club completed the signing of winger Alex Iwobi from Arsenal as well.

West Ham made some key additions in their attack, bringing in strikers Sebastien Haller from Eintracht Frankfurt and Albian Ajeti from Basel. Attacking midfielder Pablo Fornals also joined the Hammers.

Wolverhampton, who finished seventh last season, made permanent the loan deals of forward Raul Jimenez and midfielder Leander Dendoncker while signing Patrick Cutrone from AC Milan. A few other younger additions will put the club in good stead to replicate, or even improve on, last season’s showing.

Brendan Rodgers’s Leicester City added Ayoze Perez to their attack and made Youri Tielemans’s loan deal permanent. The club, however, failed to bring in a replacement for Maguire in defence.

Newcastle marginally improved their squad, signing Joelinton, Allan Saint-Maxim, Andy Carroll, among others. So did the likes of Bournemouth, Brighton, Burnley, Crystal Palace, Southampton, Watford and newly-promoted Sheffield United and Norwich City. But how far these signings propel them this season will only be known with the passage of time.