How the Premier League top six fared in the transfer window 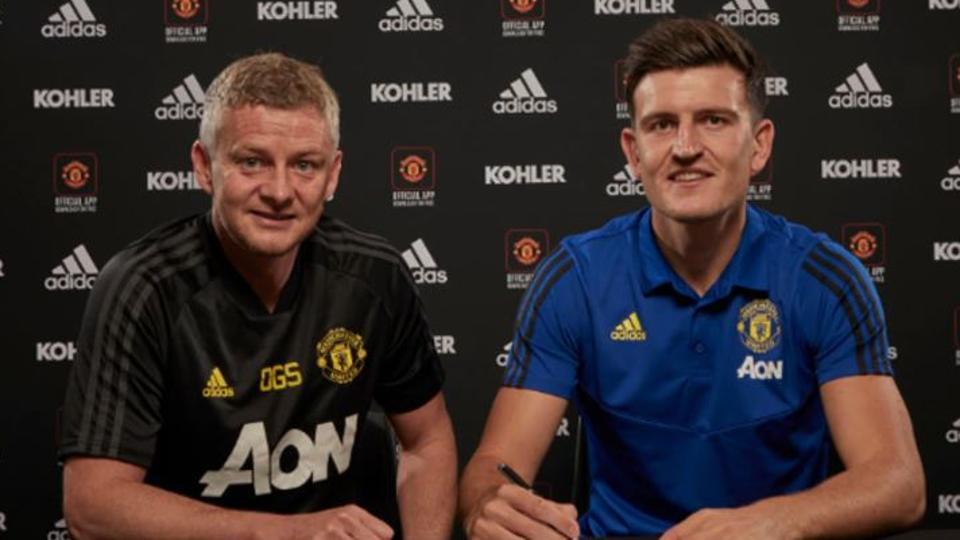 Premier League clubs splashed out well over £1 billion ($1.2 billion) in the transfer market arms race ahead of the start of the new season on Friday. The vast majority of that sum was again spent by ‘top six’ powerhouses Manchester City, Liverpool, Tottenham, Chelsea, Arsenal and Manchester United, but some have strengthened wisely, while others still look under prepared for the new season.

Here, AFP Sport looks at how each fared in the transfer window:

Last season’s domestic treble winners have strengthened an enviably deep squad with the signing of Rodri for a club-record £63 million ($77 million) as the long-term successor to Fernandinho in defensive midfield.

The full-back positions have also been reinforced, with Joao Cancelo competing with Kyle Walker at right-back, while Angelino has been bought back from PSV Eindhoven to offer cover at left-back for Oleksandr Zinchenko and the injury-prone Benjamin Mendy.

However, City have failed to replace former captain Vincent Kompany after he left to take charge of Anderlecht.

Kompany’s leadership will be missed and City could be vulnerable in central defence.

The European champions have stepped away from the bidding wars this summer, making just three low-key signings in teenagers Sepp van den Berg and Harvey Elliott and reserve goalkeeper Adrian, none of whom are expected to have much impact on the first team this season.

“You should never do transfers because other clubs are doing transfers. That makes no sense, it’s not about that,” said Liverpool manager Jurgen Klopp. “If you sit back for a second and have a look at the squad, do we need more players?”

The Reds are banking on the stability of retaining the side that posted a club-record 97 points last season and won a sixth European Cup.

However, the decision not to build from a position of strength will be questioned if Liverpool’s long wait for a league title stretches beyond 30 years come May.

The Blues’ ban on registering new players means the focus of preparation for Frank Lampard’s first season in charge has been on returning loanees such as Mason Mount and Tammy Abraham, who could finally be given their chance to shine for the Chelsea first team.

Lampard’s job has not been made any easier by the loss of the club’s best player Eden Hazard to Real Madrid and David Luiz’s deadline-day move to Arsenal.

Christian Pulisic, who was signed in the winter transfer window before being loaned back to Borussia Dortmund, will add attacking zest and Mateo Kovacic’s loan deal from Real Madrid has been made permanent.

Tottenham chairman Daniel Levy again left it late but the signings of Giovani Lo Celso and Ryan Sessegnon on Thursday, allied to the arrival of Tanguy Ndombele for a club-record fee earlier in the transfer window, has finally reinforced a Spurs squad that had gone 18 months without a new recruit.

Spurs, though, still do not appear to have the depth to rival City or Liverpool for the title.

Right-back Kieran Trippier has not been replaced since joining Atletico Madrid and a failed attempt to land Paulo Dybala from Juventus means there remains little back-up to Harry Kane up front.

Against expectations, with budgets tightened by a lack of Champions League football, Arsenal have strengthened across all areas with the additions of Nicolas Pepe, Dani Ceballos, Kieran Tierney and Luiz.

However, it is at the back where Arsenal were desperately in need of improvements.

Captain Laurent Koscielny’s acrimonious departure to Bordeaux further weakened a defence that conceded 51 goals in the Premier League last season, but Luiz will add experience, while Tierney will prove a substantial upgrade at left-back.

A change of approach at Old Trafford to target young, British talent has not come cheap, with around £145 million spent on Harry Maguire, Aaron Wan-Bissaka and Daniel James.

Maguire’s arrival made the English international the world’s most expensive defender at an eye-watering £80 million, but that fee was a necessary splurge to shore up a leaky defence in need of leadership.

However, questions remain over whether enough has been done to improve a side that finished as close to the relegation zone on points as to champions City last season.

Striker Romelu Lukaku has departed for Inter Milan and not been replaced, while moves for a number of midfield targets such as Sporting Lisbon’s Bruno Fernandes have not borne fruit.