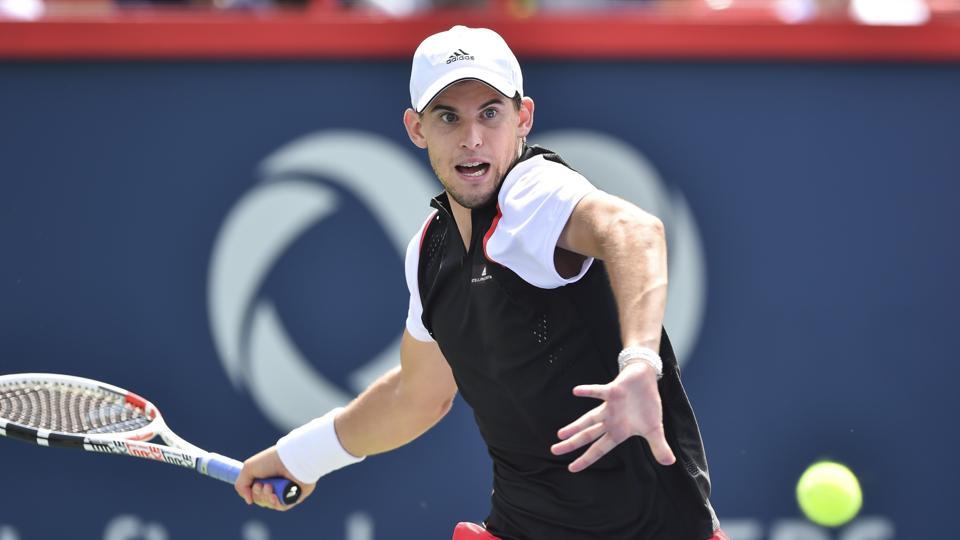 Austrian second seed Dominic Thiem seems to have finally found the secret to winning in Canada as he beat Croatian Marin Cilic 7-6(7) 6-4 on Thursday to reach the Rogers Cup quarter-finals. Thiem, who before this week had never won a match in five attempts in Canada, had his hands full against 14th-seeded Cilic but did well to save all nine break points he faced while relying on a steady stream of groundstroke winners.

The Austrian, who arrived in Montreal fresh off a claycourt title in Kitzbuhel where he was the top seed, said his triumph on home soil helped ease the transition to hardcourt tennis.

“The last three, four years I didn’t play worse than this year, but I just came with low confidence and I came little bit sad to Canada because I didn’t play good in my own home tournament,” said Thiem.

“This year everything is different. I won this title at home. I made one of my biggest dreams come true. Of course, I’m so confident coming here. That’s the difference. That’s also made the transition pretty easy.”

Up next for Thiem will be Russian eighth seed Daniil Medvedev, a 6-3 6-3 winner over Chile’s Cristian Garin.

Third seed Alexander Zverev of Germany will face Khachanov in the quarters after a 7-5 5-7 7-6(5) win over Georgia’s Nikoloz Basilashvili.

Top seed and defending champion Rafa Nadal will kick off the evening session against Argentine Guido Pella, an opponent he has beaten in each of their three career meetings.

Rafael Nadal, Roger Federer made joint decision to stand for ATP Player Council
Andy Murray to return to singles in Cincinnati next week