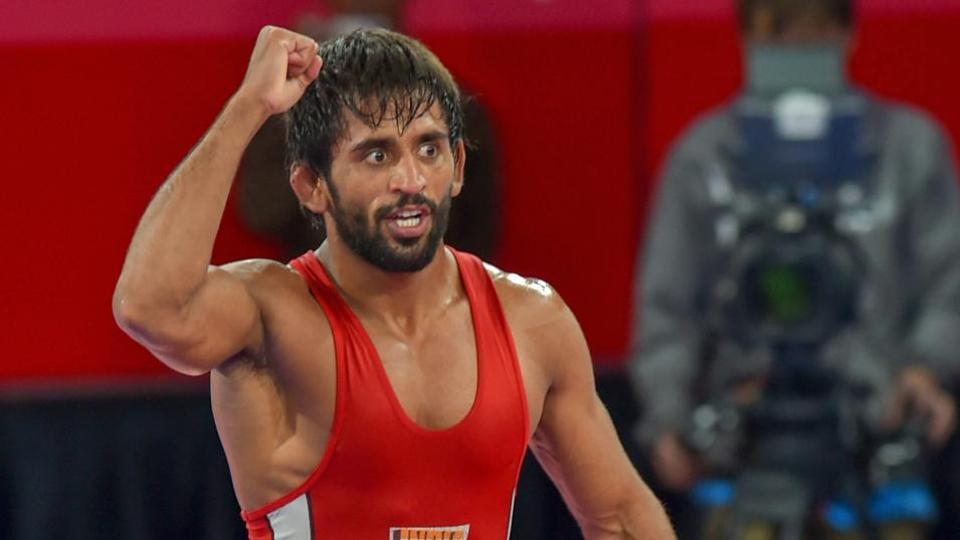 Bajrang, who had won a gold at the same event last year as well, prevailed 2-0 over Iran’s Peiman Bibyani in the 65kg final of the men’s free style competition in the capital city of Georgia.

It is fourth gold of the season for the Asian Games champion Bajrang after standing atop the podium at Dan Kolov, Asian Championship and Ali Aliev tournament.

At the Medved event in Minsk, Belarus, Vinesh outclassed local wrestler Yafremenka 11-0 in the 53kg semifinals to be in line for her fourth consecutive gold.

Vinesh began with a left-leg attack but could not take advantage after getting a hold. The Indian got on board when Yafremenka lost a point for passivity.

In the second period, Vinesh again attacked her rival’s left leg and added two more points with a takedown. She then stunned Yafremenka with a four-point throw which she initiated with a right leg attack.

It became 9-0 when Vinesh succeeded in exposing her rival. The bout ended on technical superiority in Vinesh’s favour when the Indian made it 11-0 with another takedown.

Next for Vinesh is Russia’s N Malisheva, who blanked local girl Pichkouskay 6-0.