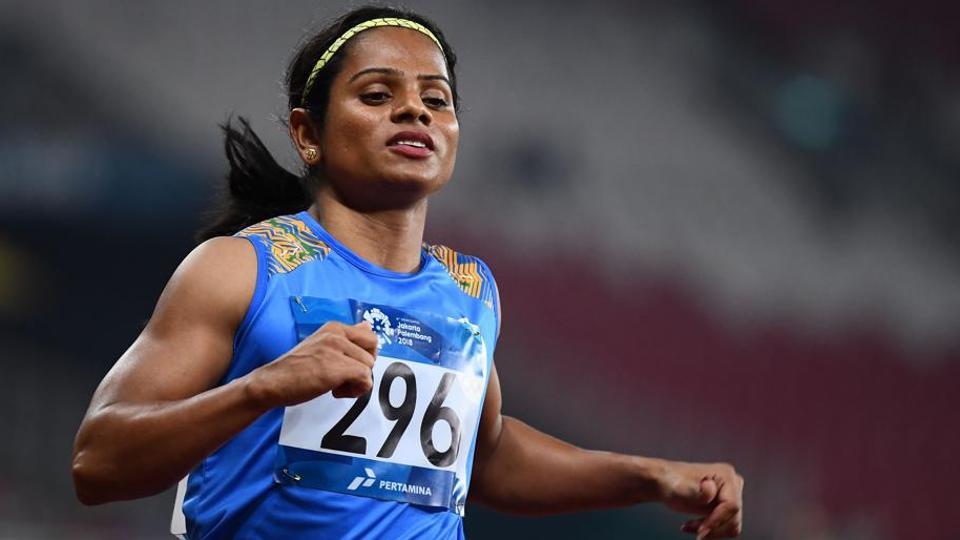 India’s fastest woman Dutee Chand was on Friday granted visa to travel to Europe and participate in a couple of races in her bid to qualify for the World Athletics Championships. On Thursday, the athlete requested the External Affairs Minister S Jaishankar to help her get visa so that she can participate in the competitions.

“Stand as a proud daughter with all who stood by me in the time of need. Big shout out 2 all who made my voice heard. Big thanks to @MEAIndia @DrSJaishankar @IndiaSports @KirenRijiju for personally looking into my visa issue and clearing it from their side. Thanks @Naveen_Odisha,” Dutee wrote on her twitter handle.

Dutee, who recently became the first Indian woman track and field athlete to clinch a gold medal in the World University Games, is slated to compete in 100m dash in two IAAF-approved races — one in Ireland on August 13 and another in Germany on August 19. But she is yet to get her visa.

While Dutee asked for help a day earlier, sources said that the athlete had applied for the visa last week and had planned to depart from India on Friday.

Dutee is currently a student of Kalinga Institute of Industrial Technology, Bhubaneswar.

She ran her personal best and achieved a national record time of 11.26 seconds in Doha in April during the Asian Championships.