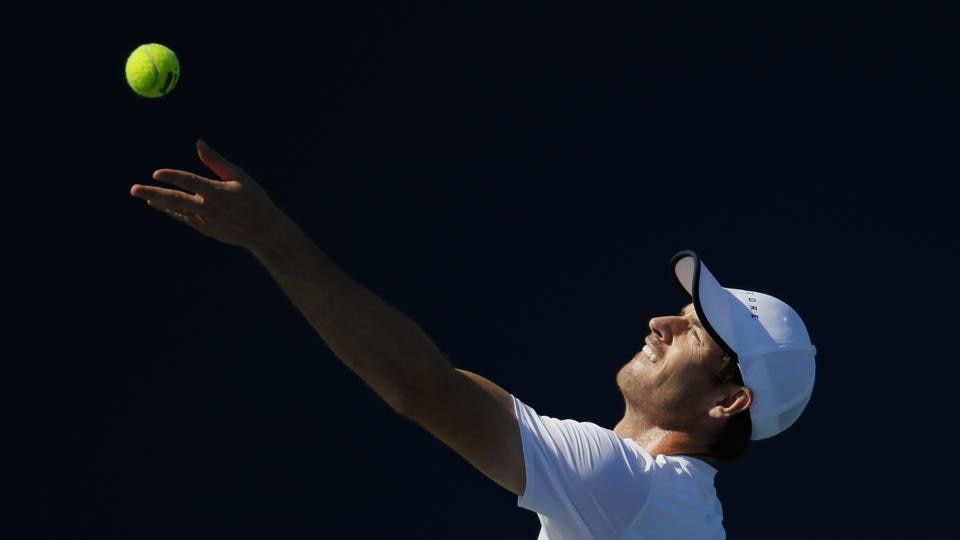 Andy Murray on Sunday pronounced himself ready to go as he prepared to resume his singles career with a first-round test at the ATP Cincinnati Masters. “I’m feeling good, I’ve had three of four good practice sessions,” said Murray, a three-time Grand Slam champion who has tumbled to 325th in the world. “I have zero pain. “I’m not expecting to move as well as I used to. There is still some improvement to be made, though it will take time.

“I started training singles a few weeks ago, it’s the best to train with players at the highest level who hit the ball big.” The 32-year-old, who has undergone two major hip procedures, will face off against Frenchman Richard Gasquet in the opening round with the winner to face fourth seed Dominic Thiem.

Murray last played singles in the Australian Open first round, losing in pain over five sets to Roberto Bautista Agut eight months ago. In a tearful post-match analysis, Murray confessed that his career might be over. That was far from the case, with a hip resurfacing a few weeks later giving him fresh hope.

Murray began playing doubles at Queen’s Club in June, winning that grass court title with Feliciano Lopez. Murray, Cincinnati singles champion in 2008 and 2011, credits doubles king Bob Bryan with inspiring him to make a return after hip surgery. The American underwent the same resurfacing procedure as Murray in mid-2018 and made a solid return to competition.

“I was speaking to him maybe three times a week from when he had his operation and even before,” Murray said of his communication with the recovering Bryan. “I listened to how he felt and what he had done — he was my inspiration, a huge help in my own comeback.”

Murray said that as he increases his singles workload, everything seems to be falling into place. “I’ve been recovering fine from practices, I’ve not had issues later in the day, I think I’ve handled myself pretty well.”

But he admitted: “It’s different playing matches. But at some stage you have to take the step to try and play. “My team felt this was the time, that’s why I’m giving it a go.

“The quickest way to get back up to speed is to practice with the top players, I think that means I can get back quicker.”