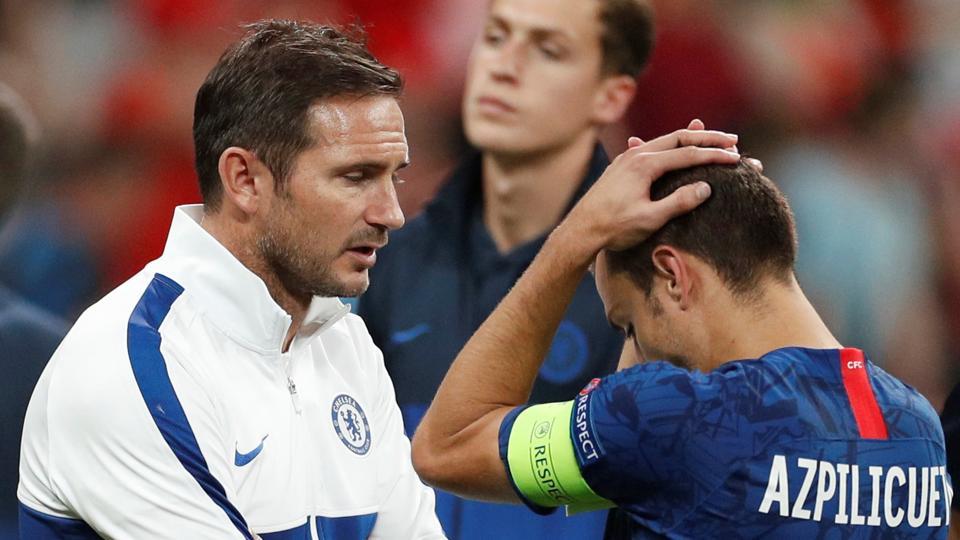 Coach Frank Lampard took great encouragement from Chelsea’s display in the UEFA Super Cup in Istanbul on Wednesday, despite the disappointment of losing on penalties to English rivals Liverpool.

“I think we can get better, there are things I still want us to improve on in terms of how we play slightly, but I am really happy with the performance,” said Lampard after Chelsea held the European champions to a 2-2 draw after extra time, only to lose 5-4 in the shoot-out.

“To lose the game was disappointing but if it means Chelsea’s season can be something like how we played today, we’ll be OK.”

Chelsea took the lead in Istanbul through Olivier Giroud, but Sadio Mane’s equaliser meant the match at the home of Besiktas went to extra time.

The Senegal star then put Liverpool in front in the 95th minute, only for a Jorginho penalty to restore parity again.

The decisive moment came after nine successful spot-kicks when Tammy Abraham’s effort was saved by Adrian.

However, Chelsea were a match for Jurgen Klopp’s team for long spells and Lampard believed they were moving in the right direction after his first competitive game at the helm ended in a 4-0 defeat to Manchester United.

“You know Liverpool have got to where they have got, and I have complete respect for Jurgen Klopp,” said Lampard.

“I am a new manager who’s been here for six weeks or so, and what I saw today were things that I want in the team.

– Abraham ‘will come back stronger’ –

Lampard had already twice been on the losing side in the Super Cup as a player for Chelsea, including the 2013 shootout defeat to Bayern Munich.

He admitted that having two days fewer to prepare had been a factor as the match went all the way. Chelsea played at Old Trafford on Sunday, two days after Liverpool beat Norwich City in their Premier League opener.

“To have two more days recovery at this stage early in the season, it’s clear that it affects your preparation and it’s an advantage to them going in,” said Lampard, whose side next host Leicester City on Sunday.

“But that said I think it happens a lot. I don’t want to look like I’m moaning, I’m delighted with our performance, we didn’t lose the game because of that but it was a bit frustrating.”

Lampard said he had offered words of comfort to Abraham, the 21-year-old who has returned after a loan at Aston Villa with Chelsea unable to make new signings due to a transfer ban.

Abraham had started against Manchester United but was on the bench at kick-off Wednesday before replacing Giroud in the second half.

“He will come back stronger. It is part and parcel of being a player at a top level which is what Tammy now is.”

Lampard was also delighted with the contribution of USA star Christian Pulisic, who made his full debut after signing from Borussia Dortmund in January.

Not 21 until next month, Pulisic played 74 minutes and set up Giroud’s opening goal.

“I think there’s a lot more to come. I think the expectation is right because he is a big signing for us, but we must also remember his age, he’s 20. I am really happy with him.”