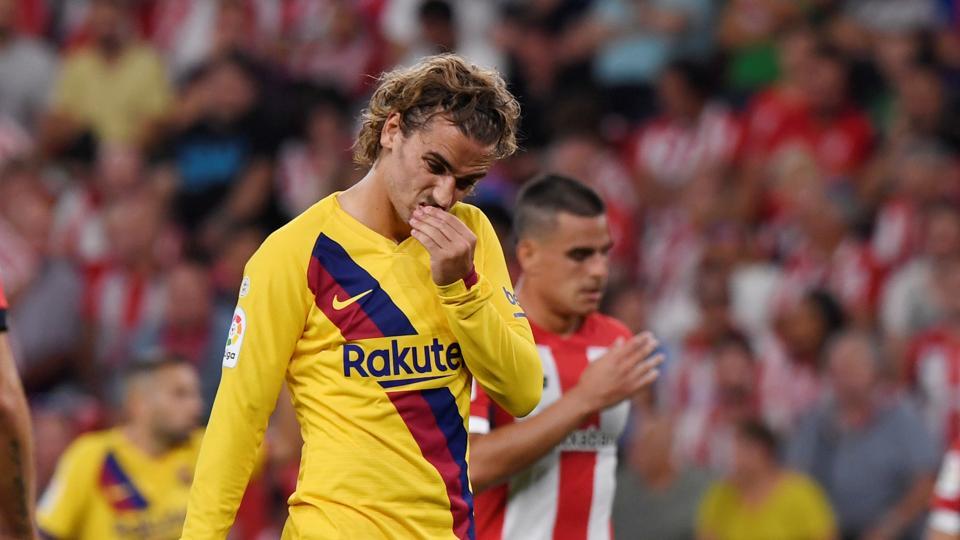 Barcelona kicked off their defence of the La Liga title in the worst possible manner as they faced a 1-0 to Athletic Bilbao in their opening match. A sensational late volley from substitute Aritz Aduriz was enough for Bilbao to steal a historic victory against the defending champions. To make matters worse, Suarez hobbled off in the 37th minute with what looked like a calf injury.

Barcelona’s coach Ernesto Valverde was not happy with new signing Antoine Griezmann and criticised his performance in the opening game of the La Liga against Athletic Bilbao on Friday.

“Of course, he is aware that we all expect a lot from many players and he has to look to get more into the game,” Goal.com quoted Valverde as saying.

The 28-year-old made his first La Liga appearance for Barca after he was signed by the club from Atletico Madrid.

“If he’s near the area, he is decisive and moves well, but you have to dominate the game for that to happen,” Valverde said.

Griezmann struggled to make an impact in absence of captain Lionel Messi, while Luis Suarez’s first-half injury left him isolated.

“Putting him on the left side, we know that you are going to focus on the goal, but we have a side and players that can hold the game,” Valverde said.

Valverde also commented on the Luis Suarez injury as he left the field just after the half-hour mark due to an apparent calf injury.

Valverde said: “He has a muscular problem and we have to wait for the tests. In the second half, when we were around the Athletic’s area, we missed him.”

Athletic Bilbao will face Getafe CF in their next game on August 25 while Barcelona will play against Real Betis on August 26.