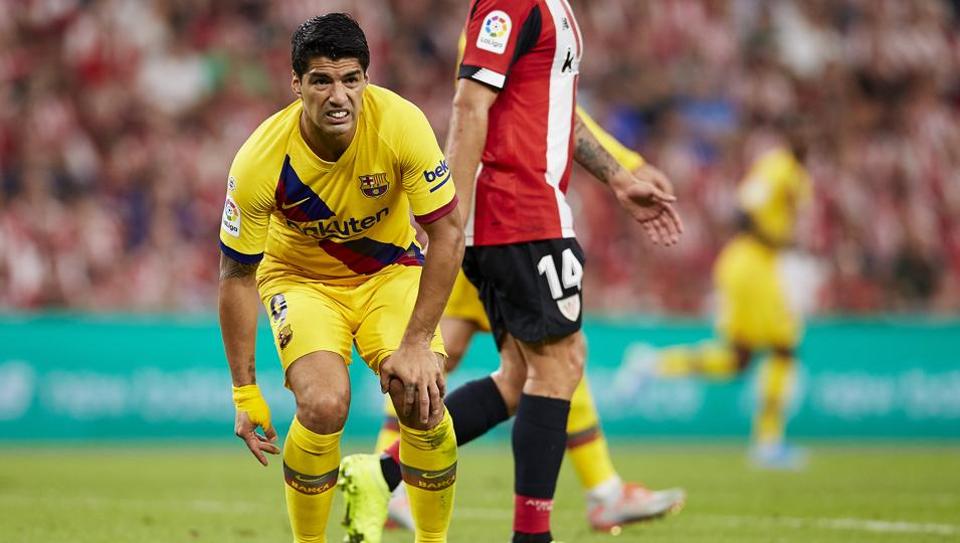 Barcelona striker Luis Suarez suffered a right leg injury during his side’s defeat at Athletic Bilbao in Friday’s La Liga opener, the Spanish champions have confirmed. Suarez joins Lionel Messi on the sidelines after hobbling off in the 37th minute at San Mames, leaving Barca without their two premium strikers.

Messi sustained a calf injury in training earlier this month and was not deemed ready for the match.

Barcelona did not reveal how long Suarez would be out of action for, saying on Saturday he had a “right leg” injury and that his availability depended on his recovery.

The Uruguayan was replaced in the central striker’s role by new signing Antoine Griezmann, but Bilbao veteran Aritz Aduriz stole the show by coming off the bench and snatching a 1-0 win with a spectacular scissor kick.

As well as Messi, Suarez and Griezmann, Barcelona have Ousmane Dembele as another option in the front three while the club are negotiating with Paris Saint-Germain over re-signing Neymar.

Philippe Coutinho, however, looks set to leave the club. Barca director Guillermo Amor told Movistar on Friday that there was an “agreement in principle” for the Brazilian to join Bayern Munich on loan.