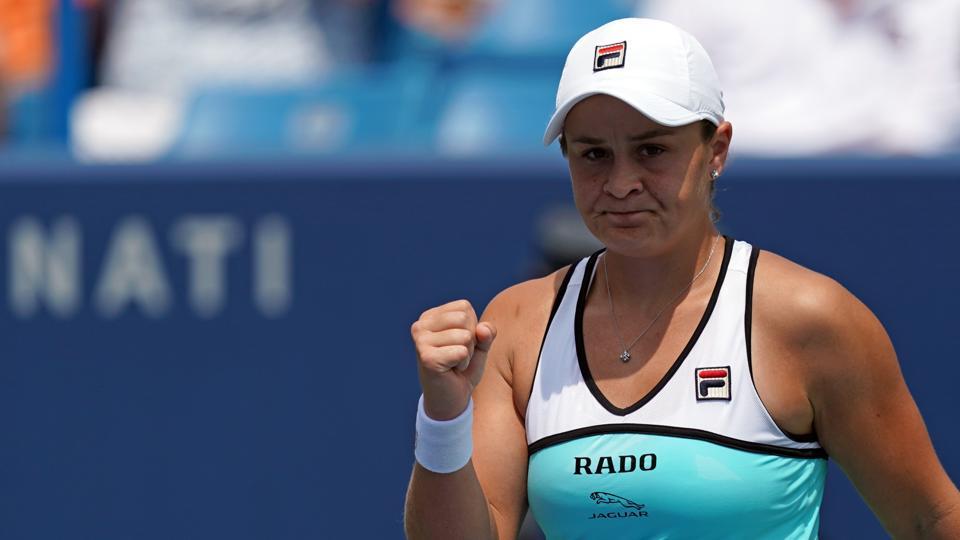 Ashleigh Barty edged closer to a return to the top WTA ranking, reaching the WTA semi-finals as current number one Naomi Osaka retired with a knee injury.

Barty, the Australian top seed, on Friday engineered her second comeback in as many days, overhauling Maria Sakkari 5-7, 6-2, 6-0.

But the US Open alarm bells were ringing for Osaka less than two weeks before the start of her title defense at Flushing Meadows after a left knee injury saw her retire against Sofia Kenin — sending the American into the semis with a 6-4, 1-6, 2-0 victory.

Men’s top seed Novak Djokovic also had the trainer on during his 7-6 (7/2), 6-1 victory over Lucas Pouille, but hoped discomfort in his right elbow wouldn’t linger.

“I managed to finish the match, there was a little bit of tightness in there,” Djokovic said. “Hopefully all will be fine for tomorrow.” The 16-time Grand Slam champion will next face Daniil Medvedev, who beat Russian compatriot Andrey Rublev, conquerer this week of Roger Federer, 6-2, 6-3.

Osaka’s left knee trouble was more of a concern, the Japanese star admitting it put a cloud over her upcoming US Open title defense.

“Last year I won the US Open and this year I’m trying to play the US Open,” she said.

“I don’t even really think about winning the tournament. I just want to have the chance to play it. now.

“If there is a 1 percent chance of me not playing it, that’s what’s concerning me.” Osaka had won the second set to level the match when she first complained of apparent knee pain and after one game of the third set called for the physio.

With the knee heavily taped Osaka played one more game before packing it in and sending Kenin to the semis. “This is not the way I wanted to win,” said Kenin, who will next play fellow American Madison Keys, a 6-2, 6-3 winner over Venus Williams.

French Open champion Barty will play for a place in the final against Russian veteran Svetlana Kuznetsova, who beat third seed Karolina Pliskova 3-6, 7-6 (7/2), 6-3 to end the Czech’s chances of claiming the number one ranking next week.

Serving for the match at 5-4 in the second set, Pliskova was broken. Kuznetsova dominated the ensuing tiebreaker and took charge in the third set as Pliskova began to fade.

“I tried to play every point and stay in there,” Kuznetsova said. “She served amazing. She aced me almost every time I had a break point.”

Barty said a potential return to number one wouldn’t be her focus this weekend.

“I’m in the semis for the first time here,” she said. “I’m not thinking of the ranking at all.

“I’m playing one match at a time. If I can win matches, the ranking will take care of itself.” Elsewhere in the men’s draw, France’s Richard Gasquet earned his first Masters 1000 quarter-final victory in six years, defeating Roberto Bautista Agut 7-6 (7/2), 3-6, 6-2.

Gasquet won his last contest at this level in Miami in 2013 and had since lost seven Masters quarter-finals.

He will play for a place in the final against 16th seed David Goffin, who advanced in a walkover against Japanese qualifier Yoshihito Nishioka, who could not take the court due to illness.

“It’s crazy for me to reach my first semi-final at this age,” added Gasquet, who at 33 finally made it to the Cincy semis in his 13th appearance. (AFP) AH AH