Imperious Sindhu has the world at her feet 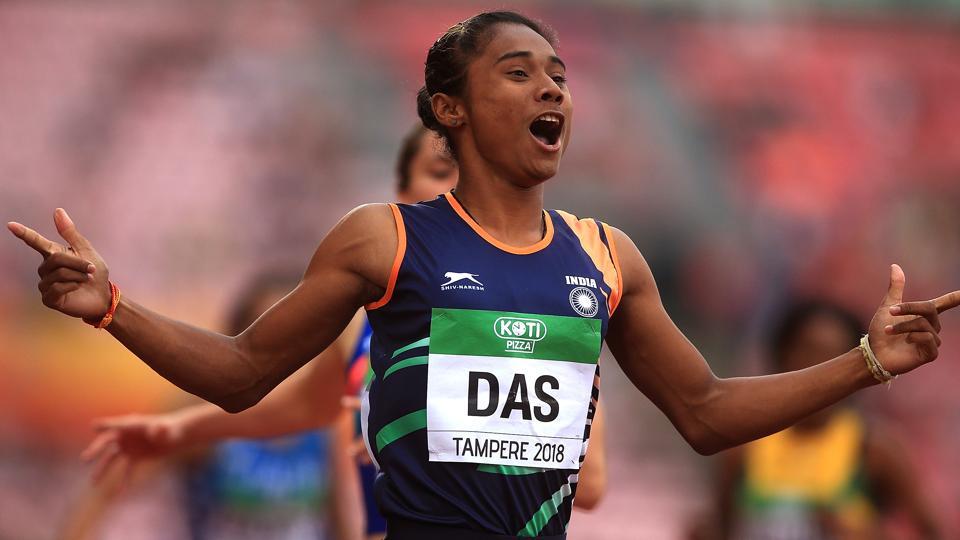 For the first time in the history of World Badminton Championships, the Indian national anthem played during the presentation ceremony. Standing on the top step of the podium, a moist-eyed PV Sindhu saw the tricolour being unfurled at the St. Jakobshalle arena in Basel, after probably the most dominant victory in women’s singles title clashes.

The Indian fifth seed had taken barely 40 minutes to annihilate Japan’s Nozomi Okuhara 21-7 21-7, becoming the first world badminton champion from India. She made amends in remarkable fashion, having lost the final to Okuhara in 2017 and Spaniard Carolina Marin last year.

The 5 ft 11 inch tall shuttler was imposing on Sunday. She thrashed the world No 4 Japanese to avenge her loss in Glasgow, in an epic final that had lasted one hour, 50 minutes.

“Finally!” exclaimed Sindhu after winning the final. “I am really happy. I have waited for this victory and finally… world champion.

“I was expecting this for a very long time and now finally I have got it. I have to enjoy and feel it. It was really special when the flag went up and the national anthem played. I had goosebumps. I have no words to express my happiness.”

Sindhu was ecstatic after the way she outclassed the former world champion.

“The conditions suited Okuhara more as the shuttles were slow, but Sindhu was very well prepared. She moved really well, picked the shuttle early and pushed Okuhara to the back of the court, never allowing her any room. It was total domination, pure masterclass,” said former chief national coach U Vimal Kumar, under whom Saina Nehwal became the first Indian to reach the World Championships final in 2015.

Kumar felt the victory over Chinese Taipei’s Tai Tzu Ying gave Sindhu the confidence, even cutting down on errors, and smashing her top ranked opponents in the semis and final.

“The quarter-final was really crucial, which she played really well, frustrating Tai Tzu. Sindhu retrieved well, was attacking and all that worked very well for her. She has really cut down on her unforced errors,” he said. “The quarter-final really made a big difference and today you saw it, Okuhara didn’t have a clue what to do.”

Sindhu and Okuhara have quite a few similarities. The 24-year-olds are both tenacious, have had a highest ranking of world No 2, came to Basel not having won a tournament this year, and they had dropped just one game the entire tournament till Sunday afternoon.

However, in the 16th meeting between them, and third at the World Championships, Sindhu’s clinical approach, perfect execution and dominant display made the difference. Like in the semi-final against Chen Yufei, she used the same pattern of attack, catching her opponent off guard.

The Hyderabadi was reaching the net early, and pushed Okuhara to the back of the court. And the Japanese had no clue how to respond. “Okuhara just couldn’t get going and Sindhu took the opportunity to hit good down-the-line smashes,” says Kumar.

The first shot of the match promised a repeat of the 2017 title clash, which included a 73-shot rally. After 22 shots, Okuhara drew first blood, winning the opening point. But Sindhu used all corners of the court, attacked and made Okuhara work for every point. Sindhu’s lunges at the net, tosses, drops and slices were perfectly placed as she won eight consecutive points to go 8-1 up.

She kept coming to the net, tapping and smashing early to reach the mid-game break 11-2 ahead, after a mere six minutes. Okuhara had no response to Sindhu’s attacks. The world No 5 raced away to 16-2 at which point former player, Gillian Clarke, doing commentary, said: “I can hardly believe this. This is amazing.” Sindhu converted her first game point with a body smash in only 16 minutes.

“Sindhu made good use of her height. She was everywhere. I liked the way she was pushing the shuttle to the back of the court and was taking the shuttle early at the net. Even her service return response was so quick, Okuhara couldn’t even get to the shuttle,” said Kumar.

Nozumi means hope in Japanese, but there was no fightback like the semi-finals on Saturday when she rallied from a game down to beat former world champion Ratchanok Intanon.

After losing the Commonwealth Games, Asian Games, the Rio Olympics and last two World Championship finals, Sindhu finally did it in the biggest tournament of the sport.

The Rio Olympics silver medallist used a pattern which flummoxed Okuhara. A deep forehand followed by a drop at the net, then a deep backhand, and another drop at the net left Okuhara out of position each time and Sindhu was there at the net to finish off the points with smashes at the net.

In the end, Sindhu was toying with her Japanese rival. “The last two times I lost the finals, so it was very important to win today,” said Sindhu.

A five-time world championship medallist is the fourth player, after Li Lingwei, Gong Ruina and Zhang Ning, to win all three medals in women’s singles.

“I just focussed on my match and didn’t think it was a final. I just thought it was like any other match. I went in and gave my 100 percent, winning and losing was secondary. Usually Japanese girls like to play long rallies but today I was dominating all of them. From the start I maintained the lead and finished it off,” said Sindhu.