Romelu Lukaku scored twice as Inter Milan beat Napoli away from home to return to the top of Serie A. 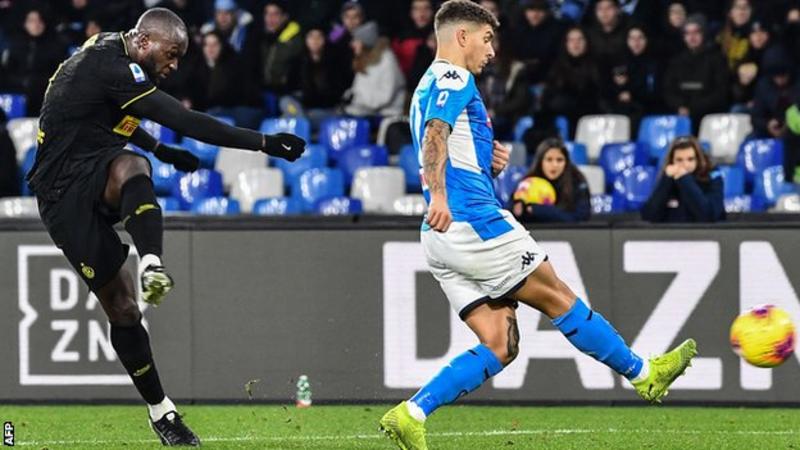 Romelu Lukaku scored twice as Inter Milan beat Napoli away from home to return to the top of Serie A.

Juventus had gone top earlier on Monday with a 4-0 win over Cagliari before Inter’s win put them back ahead.

Lukaku gave Inter the lead after a fine run from inside his own half before he added a second with a shot that went through goalkeeper Alex Meret’s legs.

Lukaku has scored 14 Serie A goals this season after his £74m move from Manchester United in August.

Cristiano Ronaldo is third in the goalscoring charts on 13 after he grabbed his first Serie A hat-trick for Juventus in their simple home victory.

Both Inter and Juventus are on 45 points from 18 matches, six clear of third-placed Lazio while Napoli, who have lost two of their three matches since they sacked Carlo Ancelotti in December, are eighth.

Wow! Lewandowski Makes Champions League History With Four Goals In 15 Minutes
Chelsea: Abramovich pays £247m into the club during 2018-19 with cost of sacking Conte at £26.6m