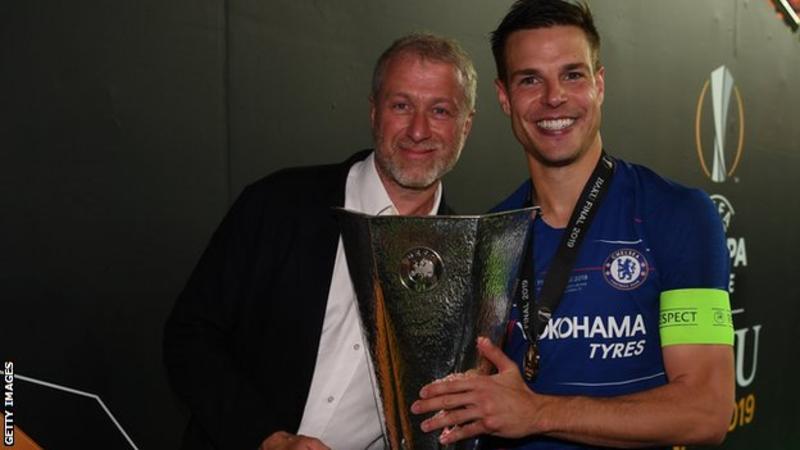 Chelsea owner Roman Abramovich paid £247m into the club last season but it still made an overall loss of £96.6m.

According to Chelsea’s 2018-19 accounts, they paid out £26.6m after sacking then manager Antonio Conte and his backroom staff in July 2018.

The club has now spent £90m in compensation to sacked managers since Abramovich took charge in 2004.

Chelsea’s wage bill also increased by £41m in 2019 despite not playing in the Champions League.

Former Italy midfielder Conte steered Chelsea to the 2017 Premier League title but was sacked with 12 months left on his contract.

The Blues missed out on qualifying for the Champions League in his final season but did win the FA Cup in 2018 before his departure.

Conte was replaced by Maurizio Sarri, who also left the club in the summer of 2019, one year into a three-year contract.

The club also invested £280.6m in their playing squad during 2018-19, with the acquisitions of Kepa Arrizabalaga, Christian Pulisic, Mateo Kovacic and Jorginho all included in their latest figures.

Romelu Lukaku scored twice as Inter Milan beat Napoli away from home to return to the top of Serie A.
Pep Guardiola: Manchester City manager says he will never manage Manchester United