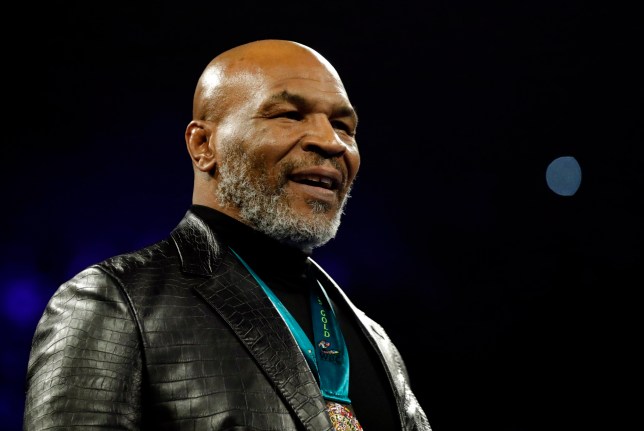 Mike Tyson has proven he still packs a serious punch after revealing he plans to return to boxing. The heavyweight legend announced he was back in training with the view to taking part in exhibition fights. The 53-year-old hasn’t fought in the ring since 2005 when he was beaten by Kevin McBride in the final fight of his professional career. Tyson released a short clip on his Instagram and Twitter accounts, giving a glimpse into his efforts to get back in shape. The American can be seen on the pads with his trainer delivering some nasty body shots and a big right hook. With Dwayne ‘The Rock’ Johnson and UFC champion Jon Jones hailing the video on social media, Tyson explained why he wanted to return to action.

‘I’ve been hitting the mitts for the last week. That’s been tough, my body is really jacked up and really sore from hitting the mitts,’ he said. ‘I’ve been working out, I’ve been trying to get in the ring, I think I’m going to box some exhibitions and get in shape. ‘I want to go to the gym and get in shape to be able to box three or four-round exhibitions for some charities and stuff.