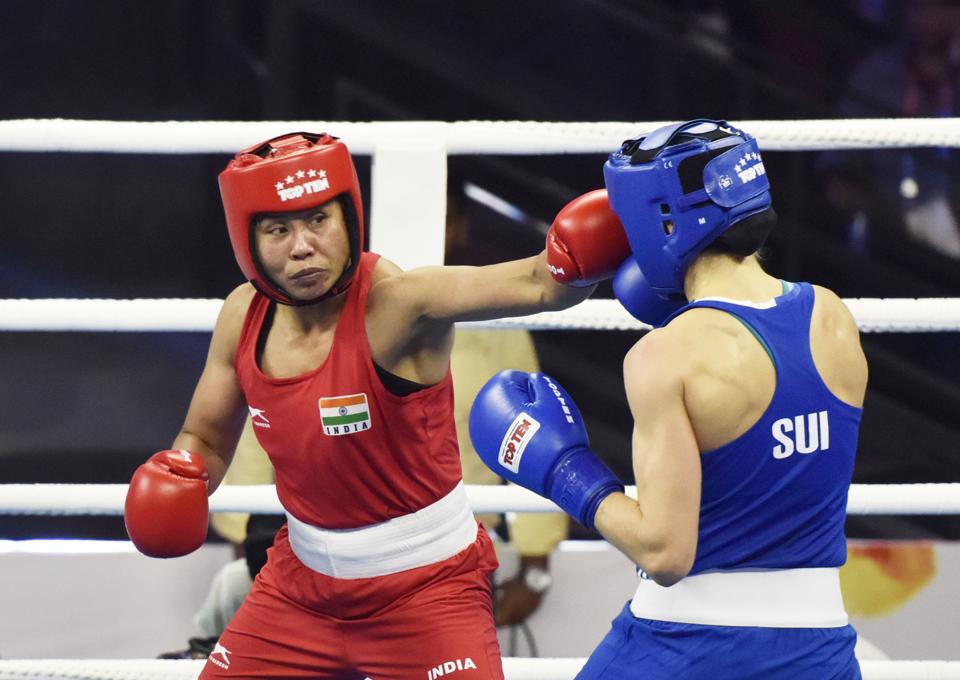 Compliments kept coming Sarita Devi’s way as she got down to stretching after beating Simranjit Kaur in the national selection trials. The seasoned boxer made it to the squad for the World Championships at the IG Stadium here on Thursday.

At 37, Sarita still looks forward to competing against younger opponents. With two bright young talents Kaur and Parveen in fray, the 60kg trials was one of the toughest of the meet. Highly rated by India’s foreign coach Raffaele Bergamasco, Kaur, 24, had won bronze in the World Championships last year (64kg) at home. Kaur then shifted to the 60kg category as coaches wanted better competition in the Olympic weight category. She won gold at the President’s Cup last month.

Since her loss in the pre-quarterfinals of the World Championships against Ireland’s Kellie Harrington, Sarita has rediscovered her game, giving younger opponents a mighty scare. She has beaten Kaur twice — in India Open and now at the national selection trials.

“In our sport, you have to prove yourself in the ring every day, in every competition. Doesn’t matter how good you are in training but you have to show you are the best,” said Sarita. Asked if she had thought of requesting the boxing federation to exempt her from the trials like Mary Kom as she had beaten Kaur in the India Open in May, Sarita replied, “No, it never crossed my mind. The kids also have the right to compete. They are working hard. If anybody can defeat me, she deserves to be in the team. The important thing is to ensure that India wins a medal,” she said.

The experienced boxer said the new boxers need to be encouraged. “These kids are young and if they don’t get opportunity they will feel demoralised. When we retire, they are the ones who will play for India.”

Sarita put up a commanding performance (8:1) against Kaur. She has worked on her fitness, maintains a disciplined regime and does high-intensity short training sessions that help her keep pace with youngsters. She starts her training half-an-hour before everyone and speaks to her son only in the evening after its completion. “I am able to beat these young girls because of the routine and work ethic I am following. Not a single day have I cheated,” she said. The World Championships will be held in Ulan Ude, Russia from October 3-13.