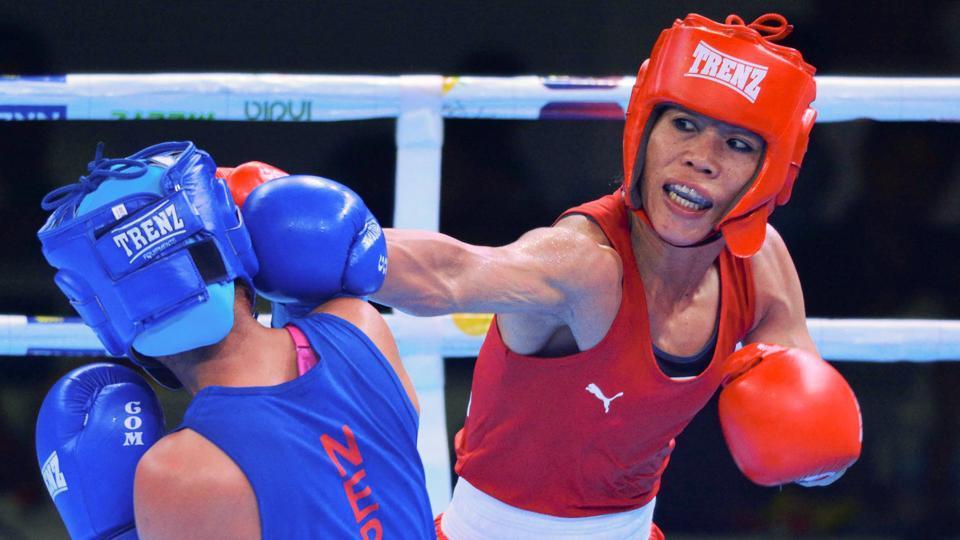 Six-time world champion M C Mary Kom and Lovlina Borgohain have been selected for the upcoming women’s world boxing championships based on their recent performances, a decision that has been lambasted by former junior world champion Nikhat Zareen.

The 36-year-old Mary Kom, who has already claimed two gold medals this year (India Open and a recent tournament in Indonesia), has been selected in the 51kg category. World and Asian bronze-medallist Borgohain will be competing in the 69kg category.

The 23-year-old Zareen, who claimed a silver at a tournament in Thailand recently, was hoping to challenge Mary Kom in the 51kg trials. The Hyderabadi, in a letter to Boxing Federation of India, alleged that she was “stopped from competing” in a scheduled trial bout on Tuesday against Vanlal Duati by chairman of selectors Rajesh Bhandari.

Bhandari, on his part, asserted that the decision to select Mary Kom had been taken days earlier in consultation with the BFI top brass. The world championships are scheduled from October 3 to 13 in Russia.

“We got a representation from Mary Kom’s coach (Chhotelal Yadav) and after considering it, we felt that Mary Kom had done enough to merit selection without trials. The BFI has been consulted on this matter,” Bhandari told PTI.

“She beat Nikhat in the India Open (semifinals) and is consistently better than others in the national camp as well. Nikhat is also a brilliant boxer and she will have her chances in the time to come. But right now, it’s a call based purely on performance and experience,” he said.

In her letter, Zareen, who is also a former world youth silver winner and an Asian bronze-medallist, said the turn of events has been nothing short of disappointing and left her stunned.

“To my utter surprise and disappointment, I was informed just before the bouts were supposed to start by the Chairman Selection Committee, Mr Rajesh Bhandari that my bout will not happen today & there are some internal discussions happening to ensure I’m protected for future & avoid getting exposed at a young age…,” she wrote.

“I’m really surprised by this action as I have already participated in World Championships in 2016 and if I was fine then, so in 2019, I surely cannot be young and this cannot be the reason,” she added.

Zareen called on the BFI to hold a trials, which will continue for other weight categories till Thursday.

“I only request that a fair trial should happen for all boxers under your leadership. If there is a rule for all of us, it needs to be consistent for all of us irrespective of whatever stature a particular boxer is (sic),” she said.

“Unfair practises should not be used for boxers trying to avoid participating in the trials. I look forward to your immediate intervention and restoring the faith of every boxer in India,” she added.

Bhandari said the “carefully thought out decision” to pick Mary Kom has been taken keeping India’s medal prospects in mind. Mary Kom is a legend in the event, having claimed six gold medals and a silver in her eight appearances.

“We have to give priority to India’s medal chances and it is our unanimous belief that at this point Mary Kom is our strongest bet in this category,” he asserted.