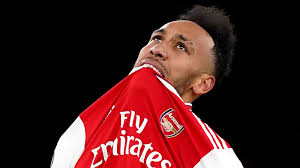 Tommy Wright has stepped down as manager of St Johnstone after spending nine years with the Scottish Premiership club.

Wright arrived in Perth in 2011 as assistant manager to Steve Lomas and then took over in the hot seat when his fellow Northern Irishman left for Millwall in June 2013.

He led Saints to their first-ever Scottish Cup success in 2014 and guided the club into the top six of Scotland’s top division in his first four seasons in charge.

St Johnstone reached the Europa League qualifying rounds on four occasions under Wright but could not make the group stages.

A club statement read: “Although Tommy still has a further two years of his contract to run, planning has been ongoing for some time between the board and Tommy in respect of the footballing side of the club.

“We all feel that we have been successful in creating a young and exciting squad and the club is well positioned for the future. Having been at the club for almost nine years, Tommy feels this would also be the most suitable time to allow him to take a well-earned break.

“The board will now have the unenviable task of finding a replacement for Tommy once the COVID-19 situation in respect of football is clarified.”

Wright added: “I want to take the opportunity to say that the support I have had from the fans has been incredible and contributed immensely to my experience with the club.

Wright says the decision to part company had been discussed privately as far back as two seasons ago and that he is ultimately proud of his achievements at the club.

He is also confident he is leaving behind a squad capable of consolidating and improving in future seasons under a new manager.

Speaking to Saints TV, Wright added: “It was extremely difficult, obviously being at the club so long I’ve got a lot of feelings for the club, lots and lots of happy memories and worked with a lot of good people both on the pitch and off the pitch.

“It was something that was being considered for a while, even as far back as at the end of the season when we finished eighth (in 2017-18).

“We sort of made a decision to see if over the next couple of years we could bring the age of the squad down and it might be time for me to move on. Fortunately, we have done that. There have been two good seasons.

“It’s been something that I felt that when you are at a club for a long period of time, sometimes there comes a point where you need a break and I do need a break.