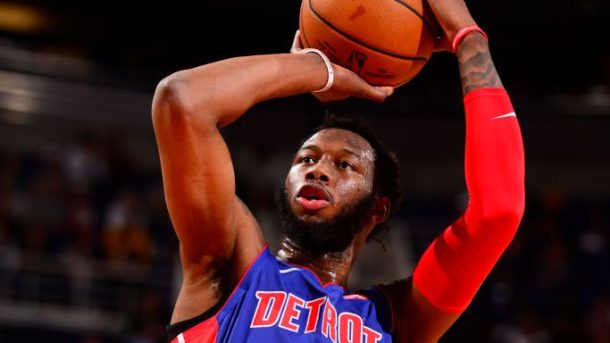 Donta Hall went undrafted out of Alabama last June, then made the most of the opportunities he was given. The 6’9″ big man tore up the G League for the Grand Rapids Drive, averaging 15.4 points a game on 66.9% shooting, plus gabbing 10.6 rebounds a night. It was good enough to get him a call up to the Pistons and getting in four games for them.

Now he’s going to play in the NBA restart for the Brooklyn Nets, a story broken by Marc Stein of the New York Times.

The Nets are signing Donta Hall to a rest-of-the-season, league sources say

The shorthanded Nets are without big men DeAndre Jordan, Taurean Prince, and Nicolas Claxton (Jarrett Allen was the only center on the roster). Donta Hall will get the chance to impress the Nets — and other teams — and try to earn a contract for next season (he will be a free agent when the Nets are eliminated).

Hall is a tremendous athlete, he’s bouncy and long (7’5″ wingspan). If his skills develop, he has a role in the NBA.

The Nets were hit hard by injuries and had to make substitute signings such as Jamal Crawford and Michael Beasley. Here is what the final Nets roster looks like in Orlando.