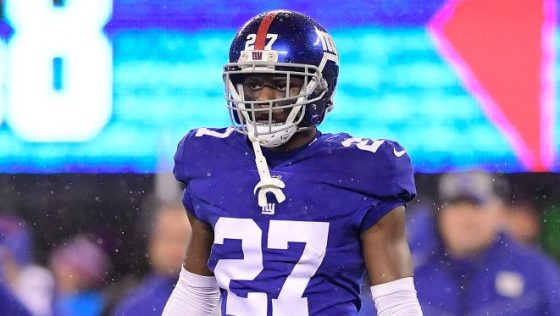 The case against Giants cornerback Deandre Baker and Seahawks cornerback Quinton Dunbar does not appear to be going away as quickly as their lawyers have predicted for weeks. In fact, things now appear even more complicated for the players.

Baker and Dunbar stand accused of taking cash and expensive jewelry at gunpoint from other attendees at a May 13 house party in Miramar, Florida.

Johnson, the witness referred to as “Coach” in the original arrest warrant, allegedly wrote a series of incriminating direct messages on his Instagram account, @powerballnick_305, on May 16, per Leonard. Johnson corroborates “a robbery had occurred and those who were charged were the participants,” the warrant summarizes.

The four victims said they were paid a total of $55,000 to recant their sworn initial statements against Dunbar. Alleged direct messages between Baker and Johnson on Instagram implicate Baker in the payoff, Miramar police detective Mark Moretti revealed in the latest warrant.

“Johnson is telling Baker to come to Dunbar Lawyer’s office,” Moretti writes, via Leonard. “Baker replied, ‘Yo I’m in the city now getting cash how much to bring ?? I’m tryna get there too u ASAP.’”

“There appears to be several phone calls between Baker and Johnson,” the warrant continues. “Johnson appears to be nervous by telling Baker, ‘Yooooo these people finna leave.’”

CCTV video evidence shows Grieco, Johnson, an unknown individual and the four alleged victims at the attorney’s office on May 15 appearing to make the payoff, according to Leonard.

“On 5/15/20, I was contacted by Michael Grieco, attorney for Dunbar, stating the victims and witness have recanted their sworn/recorded statements against Dunbar,” the warrant reads. “However, I also want the court to be aware that all five individuals have been threatened and have expressed extreme concern to me regarding their safety. One of the individual(s) was forced to move out of his apartment. The other was receiving texted messages containing pictures of his passport, the same passport that was stolen during the robbery.”