Report: Washington name to be retired on Monday 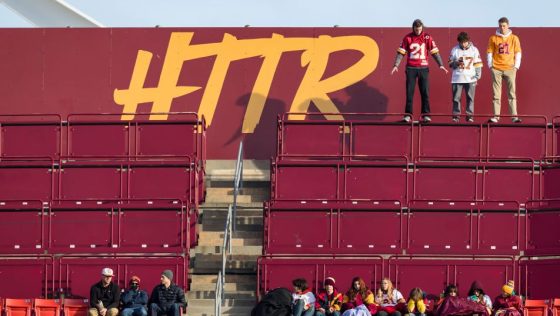 A day after reports emerged that Washington would be dumping its name soon, Ben Fischer of Sports Business Daily has placed a timetable on the change. Per Fischer, the team intends to retire its current name on Monday. The move will be made only 10 days after the team announced, under intense pressure from sponsors like FedEx and Nike, that it would conduct a “thorough review” of the team name.

But here’s the twist: According to the report, a new name won’t be unveiled with the announcement that the old name is kaput. This means that, for an indefinite period of time, Washington won’t have a name.

The delay in announcing a new name relates to trademark issues. Earlier today, we posted the results of a search of the United States Patent and Trademark Office database, which reveals that one man has been squatting on various potential names over the past several years. It does not appear that the team has filed for trademark protection as to any alternatives, yet.