Justin Verlander changed his mechanics to prolong his career 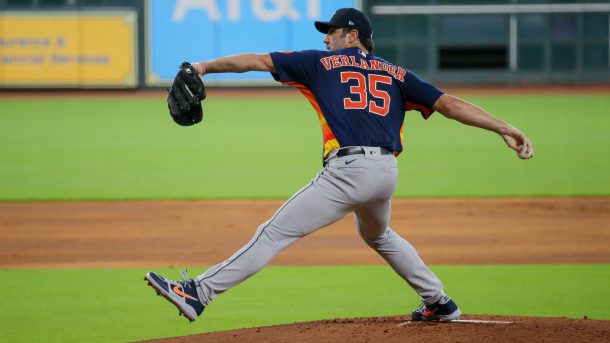 As Brooks Baseball shows, Verlander drastically altered his release point after being traded to the Astros from the Tigers on August 31, 2017. The change resulted in a huge bump in his strikeout rate. Verlander’s strikeout rate ranged between 16% and 27.4% with the Tigers, mostly settling in the 23-25% range. With The Tigers through the first five months of 2017, Verlander struck out 24.1% of batters. In the final month with the Astros, he struck out 35.8% of batters. He then maintained that rate over the entire 2018 and ’19 seasons with respective rates of 34.8% and 35.4%. Just as impressively, the release point also resulted in fewer walks. His walk rate ranged from 5.9% to 9.9% with the Tigers but was 4.4% and 5.0% the last two seasons with the Astros.

Verlander finished a runner-up in 2018 AL Cy Young Award balloting to Blake Snell before edging out teammate Gerrit Cole for the award last season. Despite the immense success, Verlander described his mechanics as unsustainable. Per The Athletic’s Jake Kaplan, Verlander said, “I changed a lot of stuff that some people would think was unnecessary. But I thought it was necessary, especially if I want to play eight, 10 more years.”

Verlander is 37 years old, so 10 more seasons would put him into Jamie Moyer territory. Moyer, who consistently ranked among baseball’s softest-tossing pitchers, pitched 25 seasons in the majors from 1986-2012. He threw 111 2/3 innings with the Phillies in 2010 at the age of 47 and 53 2/3 innings with the Rockies in 2012 at 49. But aside from Moyer and, more recently, Bartolo Colon, it’s exceedingly rare for pitchers to extend their careers into their 40’s, let alone their mid- and late-40’s.

The Astros have Verlander under contract through 2021. The right-hander will have earned close to $300 million. He’s won a World Series, a Rookie of the Year Award, an MVP Award, two Cy Youngs, and has been an eight-time All-Star. Verlander could retire after 2021 and would almost certainly be a first-ballot Hall of Famer in 2027. That he continues to tweak his mechanics in order to pitch for another decade speaks to his highly competitive nature.