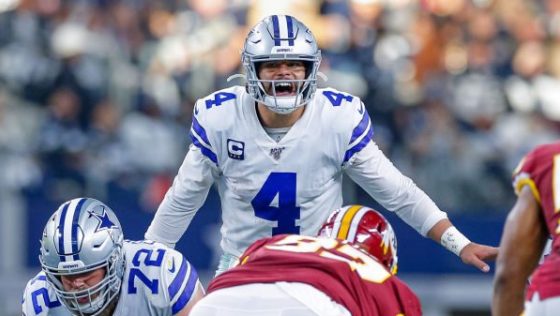 With fewer than 24 hours until the window closes on a long-term deal until after the 2020 season, the Dallas Cowboys and franchise-tagged quarterback Dak Prescott are no closer to an agreement than they were months ago.

Per a league source, the two sides still aren’t talking. The Cowboys made their most recent offer in March, and they’ve done nothing since then to kick-start discussions.

While it’s possible that the Cowboys will make one last push at getting Dak to sign, they’ve done nothing to lay the foundation for whatever it is that they may offer before the clock strike 4:00 p.m. ET on Wednesday.

The Cowboys’ latest offer consisted of a five-year deal, with a percentage of guaranteed money too low for a five-year deal. Their options are to increase the guarantee significantly or to cut the offer to four years, the length for which Prescott has been pushing.

Ultimately, the question continues to be whether the Cowboys will offer Prescott enough to get him to trade in the $31.4 million he’s due to make this year, the $37.68 million he’d make under the tag in 2021, and the three-headed monster the Cowboys would face in 2022: Transition tag in excess of $45 million, franchise tag in excess of $54 million, or unrestricted free agency for Dak.

Some have suggested that Dak shouldn’t assume that he’ll be tagged again in 2021, and that he likewise shouldn’t assume anyone else would pay him $37.68 million next year. The fact that the Cowboys used the highest possible franchise tender this year (they could have saved several million under the non-exclusive version) suggests that they aren’t willing to risk the possibility that he’d leave now. So why would they take an even greater risk of him leaving later by not tagging him a second time?

Indeed, if Dak goes after 2020, who would they replace him with? They got lucky with Dak in the fourth round of the 2016 draft. How lucky will any team get in 2021 if there’s no college football season and a draft pick who hasn’t played college football in 20 months suddenly is expected to perform at the NFL level?

Barring a catastrophic injury or a dramatic dip in performace, Dak is looking at $69.08 million over the next two years, followed by either a gigantic payday from the Cowboys or a chance to see what the open market will bear.

Considering how that worked for Kirk Cousins in 2018, Prescott should be exited by the possibility of becoming the first quarterback in league history who received the exclusive version of the franchise tag, didn’t sign a long-term deal, and then became a free agent. If the Cowboys want to keep that from happening, it’s time to do what they should have done the moment his third regular season ended: Make him an offer he can’t refuse.

NFL, NFLPA prepare to continues talks on Wednesday
Will Week One of the regular season happen?