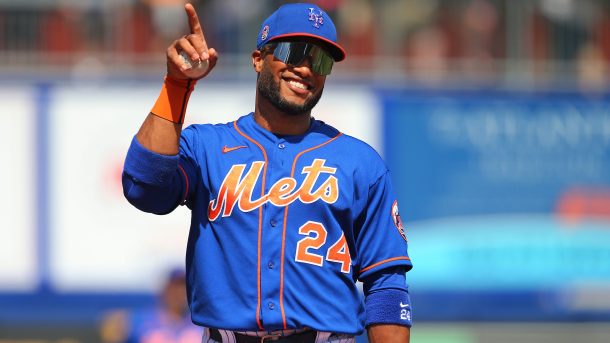 The 2020 season is now a 60-game dash, starting on July 23 and ending, hopefully, with a full-size postseason in October. Between now and the start of the season, we’ll be giving quick capsule previews of each team, reminding you of where things stood back in Spring Training and where they stand now as we embark on what is sure to be the strangest season in baseball history. First up: The New York Mets roster and schedule:

In light of that, there is a great degree of latitude for which specific players will break summer camp. For now, though, here are who we expect to be on the Mets roster to begin the season:

Under new manager Luis Rojas, the Mets will try to win the NL East for the first time since 2015. They’ll attempt to do so without two of their main rotation cogs as Noah Syndergaard is out for the season after undergoing Tommy John surgery, and Zach Wheeler left for the Phillies in free agency. Ace Jacob deGrom, coming off of back-to-back NL Cy Young Awards, will lead the way. He has recently been bothered by back issues but a recent MRI came back clean. Marcus Stroman will pitch out of the No. 2 spot and will be followed by Rick Porcello, Steven Matz, and Michael Wacha. Porcello and Wacha were originally going to compete for the No. 5 spot until Syndergaard opted for season-ending surgery.

On offense, the Mets will be heavily reliant on first baseman Pete Alonso, whose MLB-best 53 home runs along with 120 RBI led him to the NL Rookie of the Year Award and a seventh-place finish in MVP balloting. Alonso set the bar really high for himself. While it would be unrealistic to expect him to hit 53 homers again, he’ll need to have another monster season if the Mets are to compete in a stacked NL East.

The Mets are banking on a rebound from closer Edwin Díaz. In his first year with the club in 2019, after three dominating seasons with the Mariners, Díaz fumbled his way to a 5.59 ERA. He saw his walk rate increase but more importantly, he became significantly more prone to home runs. The juiced ball doesn’t explain that entirely, as he yielded a total of 20 home runs in 191 innings prior to joining the Mets, then gave up 15 in 58 innings last year. Given the shortened season, the Mets can’t wait too long for Díaz to figure things out if he’s not hot out of the gate.

On paper, the Mets have one of the higher variance teams in the division. If things mostly go right, they could stampede on their division rivals towards a first place finish. Conversely, if things go wrong, they could even finish behind the Marlins.