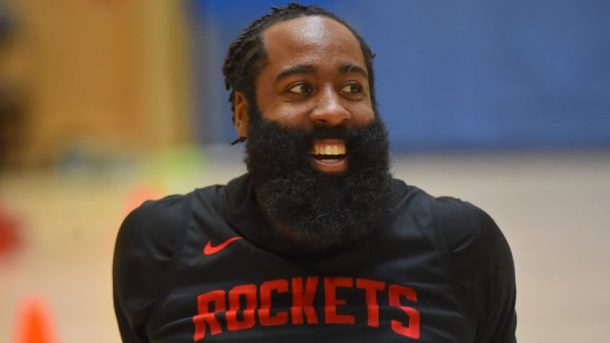 James Harden was back on the basketball court Friday in Orlando, at practice with his teammates — and he looked happy to be there.

Don’t read much into team-edited video and him going against no defenders, but just seeing Harden back on the court feels right.

One shouldn’t read much into what a coach says about his star player in his first practice, but of course Mike D’Antoni was singing Harden’s praises.

As for what delayed Harden’s arrival in Orlando, he said simply it was “family issues.” Don’t expect more details than that, he is under no obligation to share (and no respectable media member is going to publish anything personal like that; people are due their privacy). Harden also said he hasn’t decided yet if he’ll put a social justice message on the back of his jersey.

He said right now his biggest key is getting his conditioning back up to its peak. He ran, lifted weights and did yoga during the quarantine, but that is not the same as being in game shape.

How did Harden feel being back on an NBA court with teammates for the first time in months? Harden had to speak in the third person to sum it all up.