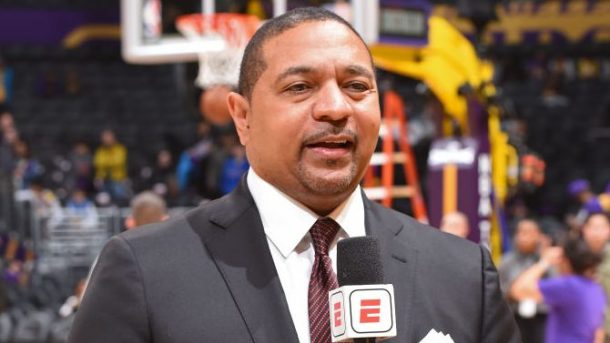 Kevin Durant and Kyrie Irving are going to carry a lot of weight when it comes to who gets chosen as the next Brooklyn head coach, just like they had in Kenny Atkinson being out. That’s why Tyronn Lue’s name came up as a strong possibility, because Irving wanted to reunite with the coach that helped him win a ring.

Durant, however, may be pushing for Mark Jackson to Brooklyn.

That rumor has gained momentum around the league, something ESPN’s Brian Windhorst discussed on his “Hoop Collective” podcast (hat tip Real GM):

“If you’re paying close attention to social media. Rich Kleiman, who is Kevin Durant’s business partner and is very influential, has been Tweeting about Mark Jackson recently.

“He hasn’t Tweeted, ‘I want Mark Jackson to coach the Nets’, but there was a story in the New York Post just this last week where it was posited about Mark Jackson or Jason Kidd, who obviously was with the Nets before and left after one year. You know, (Kleiman) pretty much said he liked the idea. It is known that Mark Jackson and Kevin Durant have a good relationship. Those Tweets and the Jackson/Nets possible connection with Durant have not gone unnoticed in the NBA.”

There are leaps to the next conclusion in there — so take this rumor with a whole jar of finishing salt — plus there are the logistical concerns of a very short offseason, which lend credence to the reports interim coach Jacque Vaughn will coach the Nets next season.

Yet there is real weight to the Mark Jackson to Brooklyn idea. The Nets were always going to go with a veteran, player-friendly coach, which includes Lue and Jackson but also Jason Kidd needs to be on that list, not to mention Vaughn (and maybe Jeff Van Gundy). Jackson runs an isolation-heavy offense and got his Warriors’ team to improve on defense, two things that could work in Brooklyn.

Whoever gets that job will have to walk the difficult line of being player-friendly while being able to get guys motivated and to fall in line when needed. Doc Rivers is a master of this, he treats his players like adults (and cancels practice more than any coach in the league), but he keeps up the level of communication and expectations with his players. It connects with them, and they respond. Is that something Jackson can do? He was successful in building a foundation in Golden State, particularly on the defensive end, but that is different than winning a title.

Don’t expect a decision on the Nets’ coaching job anytime soon, and if that changes it’s good news for Vaughn. Mark Jackson is working broadcasts for ESPN/ABC through the Finals (along with Van Gundy), Lue is currently Doc Rivers lead assistant, and Kidd is Frank Vogel’s right-hand man with the Lakers — none of these guys are going to be available to jump into the job in the near future.