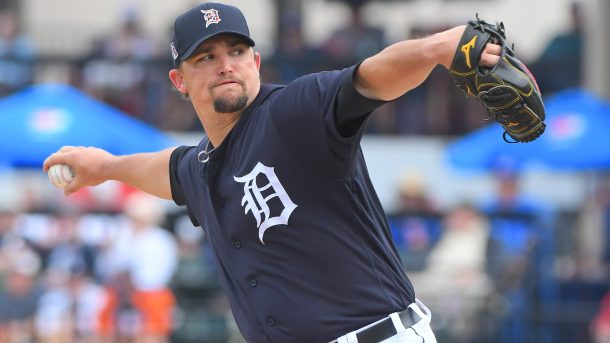 Chris Cotillo of MassLive.com reports that the Red Sox are nearing an agreement with pitcher Zack Godley. It is still unclear whether the contract will be of the minor or major league variety.

Godley, 30, was with the Tigers on a minor league contract but the club released him in early April. The right-hander pitched for the Diamondbacks and Blue Jays last season, amassing 92 innings with a 5.97 ERA and a 70/42 K/BB ratio. Godley was quite solid for the D-Backs in 2017, posting a 3.37 ERA over 155 innings, so the Red Sox are hoping to see that version of him.

The Red Sox need starting pitching depth with Chris Sale out for the year due to Tommy John surgery and Eduardo Rodríguez sidelined because of a positive COVID-19 test. Collin McHugh is also still on the mend from an elbow injury. The starting rotation at the moment includes Nathan Eovaldi, Martín Pérez, Ryan Weber, and Brian Johnson. It is certainly the club’s biggest weakness.

The Red Sox open up the 2020 regular season at home against the Orioles on July 24. Eovaldi would seem to be the one to get the Opening Day nod. Godley could slot in anywhere else in the rotation, from No. 2 to 5.