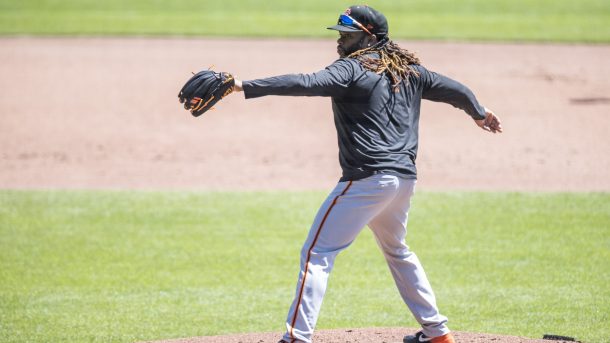 Giants manager Gabe Kapler confirmed on Tuesday that veteran Johnny Cueto be the Opening Day starter against the Dodgers in L.A. on July 23, Alex Pavlovic of NBC Sports Bay Area reports. Cueto will start oppositeClayton Kershaw. Kapler tabbed Cueto originally for the Opening Day start back in March, but that was for a 162-game season and before the league shut down due to the pandemic.

Cueto, 34, is making his fifth career Opening Day start. The previous four he made came in 2012-15 with the Reds. Madison Bumgarner started five of the previous six Opening Days for the Giants, but he’s now a member of the Diamondbacks.

Cueto underwent Tommy John surgery in 2018 and didn’t return to action until September last season. Across 16 innings spanning four starts, the right-hander allowed nine earned runs on 11 hits and nine walks with 13 strikeouts. The Giants are hoping Cueto can return to 2016 form when we was an All-Star, finishing 18-5 with a 2.79 ERA over 219 2/3 innings.