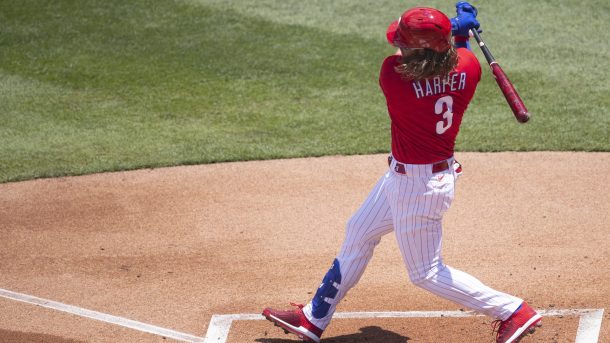 The 2020 season is now a 60-game dash, starting on July 23 and ending, hopefully, with a full-size postseason in October. Between now and the start of the season, we’ll be giving quick capsule previews of each team, reminding you of where things stood back in Spring Training and where they stand now as we embark on what is sure to be the strangest season in baseball history. First up: The Philadelphia Phillies roster and schedule:

In light of that, there is a great degree of latitude for which specific players will break summer camp. For now, though, here are who we expect to be on the Phillies roster to begin the season:

The Phillies haven’t made the postseason since 2011. They spent the latter half of the last decade rebuilding and last year, they added some big pieces in Bryce Harper, J.T. Realmuto, Andrew McCutchen, and Jean Segura. Despite the star power, the club finished at a disappointing .500, failing to post a winning record for an eighth consecutive year. It is now put up or shut up time for the Phillies, even in a 60-game season. Especially in a 60-game season. They have a new skipper, Joe Girardi, who they hope can lead them back to the promised land.

Most of the focus will be on Harper, whose 2019 campaign was regarded as subpar despite putting up terrific numbers. He hit .260/.372/.510 with 35 home runs, 114 RBI, 98 runs scored, and 15 stolen bases over 682 plate appearances. But the expectations for the $330 million man are sky-high. Meanwhile, Hoskins and Segura are coming off of seasons in which they didn’t quite live up to expectations, either. On paper, this is an offense that has the potential to be among the league’s best and they will need it to be in order to gain traction in the mighty NL East.

Pitching-wise, the Phillies don’t quite have all of the pieces of a legitimate contender. Aaron Nola and Zack Wheeler make for a great one-two punch, but the rest of the rotation is iffy with an aging Jake Arrieta and the inconsistent Zach Eflin and Vince Velasquez. Nola can’t quite be put into “ace” territory yet as he followed up his third-place finish in NL Cy Young Award balloting in 2018 with a 3.87 ERA last year.

The bullpen was the Phillies’ Achilles heel last season and it will likely be once again in 2020. Injuries continue to ravage their arms. David Robertson, Seranthony Domínguez, Víctor Arano, Tommy Hunter, and Ranger Suárez will all open the season on the injured list.

Along with the on-field performance, Realmuto’s contract situation will loom over the Phillies. Realmuto, arguably the best catcher in baseball, can become a free agent after the season and the Phillies don’t have a true replacement waiting in the wings. 24-year-old Deivy Grullon would be the obvious candidate but he has all of nine plate appearances in the majors. Harper, who has a lot of cachet with the Phillies for obvious reasons, has been campaigning for his club to extend Realmuto’s contract.