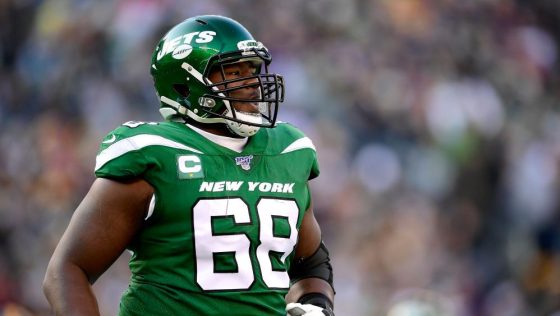 Former New York Jets tackle Kelvin Beachum is set to sign a one-year deal with the Arizona Cardinals, according to John Gambodoro of Arizona Sports 98.7 FM.

An eight-year NFL veteran, Beachum has spent the last three seasons with the Jets as the team’s starting left tackle. He made 45 starts for the team during his tenure in New York.

While Beachum has played both tackle positions, he hasn’t been on the right side of the line since his rookie season in 2012 with the Pittsburgh Steelers. A former seventh-round pick, Beachum became a full-time starter at left tackle for the Steelers during his second season with the team.

He spent one season with the Jacksonville Jaguars before signing a three-year deal with the Jets in 2017.

The Cardinals signed starting left tackle D.J. Humphries to a three-year contract extension in March leaving him entrenched as the team’s top option on the left side. Beachem will provide a veteran backup at the very least and could challenge for the starting job on the right side.