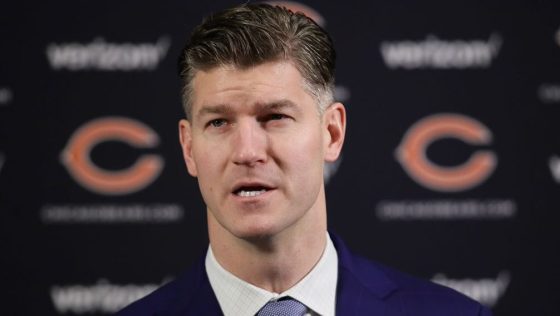 The Bears have only made the playoffs once in their five seasons with Ryan Pace building the roster, but Pace doesn’t think he’s on the hot seat.

As the Bears head into their sixth training camp with Pace as G.M., he says Bears Chairman George McCaskey and President Ted Phillips are behind him.

“We all have the same goals and the same vision for this season,” Pace said, via 670 The Score. “Last year was disappointing for all of us. That starts with me. That’s hard to swallow. It’s disappointing. There’s a number of factors that went into that. Just being real with ourselves this offseason and making hard decisions, whether it’s the roster or it’s staff or it’s different things we’re doing here at Halas, all those hard decisions, I feel like they’ve been made or continue to be made. We all put our egos aside and what’s best for the team. I feel the full support from George and from Ted.”

When the Bears went 12-4 in Pace’s fourth season in 2018, he appeared to have them going in the right direction. But they slumped to 8-8 last year, and they may need to return to the postseason for Pace to continue having his bosses’ full support.

Lamar Jackson thinks Marquise Brown’s “going to show off” this year
Patrick Mahomes comes in at No. 4 on the NFL’s top 100 list