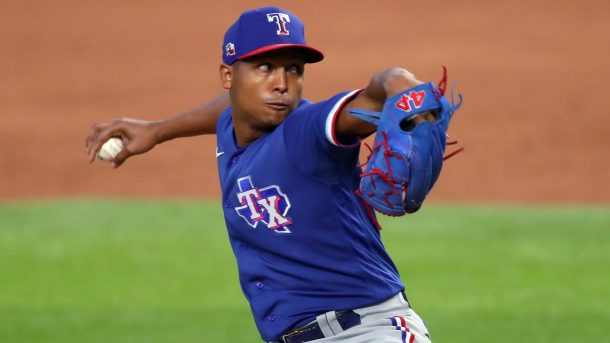 Jeff Wilson of the Fort Worth Star-Telegram reports that Rangers closer José Leclerc has a grade 2 strain of the teres major muscle in his right shoulder. Leclerc will miss a significant amount of the 2020 season, if not the entirety of it.

Leclerc, 26, made two appearances out of the bullpen for the Rangers this season. He pitched a scoreless inning against the Rockies on Opening Day. He pitched another inning on Sunday, allowing a run on two hits and a walk.

Teammate Corey Kluber has a similar injury to Leclerc, though his was declared a tear as opposed to a strain.

With Leclerc out of the picture, Wilson suggests the Rangers could use a closer-by-committee for the remainder of the season. Nick Goody recorded the Rangers’ only other save on Wednesday in a win over the Diamondbacks.