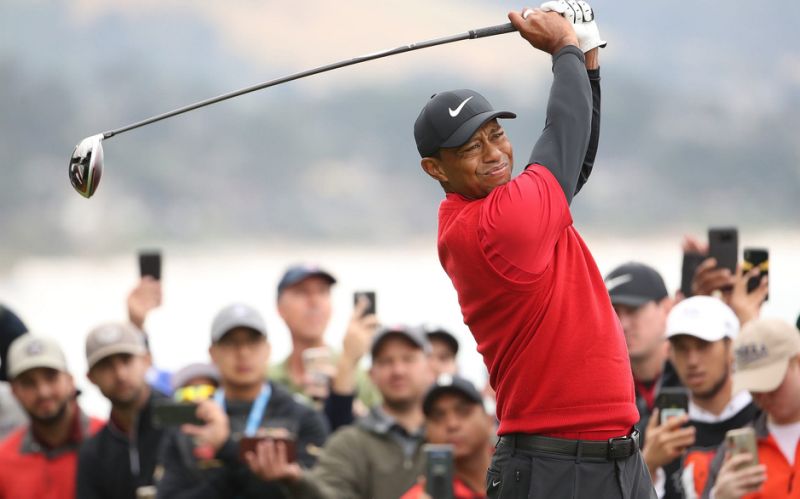 Padraig Harrington has questioned if Tiger Woods and all the other Open Championship entrants who are skipping straight from major to major are “serious” about winning at Royal Portrush in two weeks’ time.

Harrington, the Europe Ryder Cup captain, believes a preparation event is of paramount importance and is surprised that Woods is not teeing it up at either the Irish Open, that starts at Lahinch on Thursday, or next week’s Scottish Open.

Woods did not play between his victory at the Masters in April and missing the cut at the USPGA and has chosen to do same between last month’s US Open and the UK major.

“Different personalities [are] completely different. But I do think links golf is different. You’re giving up some shots if you don’t play some links golf in the couple of weeks coming up to it. There’s no better way to understand your clubbing than when you’ve got a card in your hand and if you under-club there’s a little bit of pain and you remember it.”

Harrington is joined in the Co. Clare field by Spain’s Jon Rahm, England’s Tommy Fleetwood, Matt Wallace and Ian Poulter. Shane Lowry, who won the tournament 10 years ago as an amateur, must be rated as the best home hope. Brooks Koepka, the world No 1, plays in the 3M Open in Minnesota, along with fellow American Phil Mickelson.