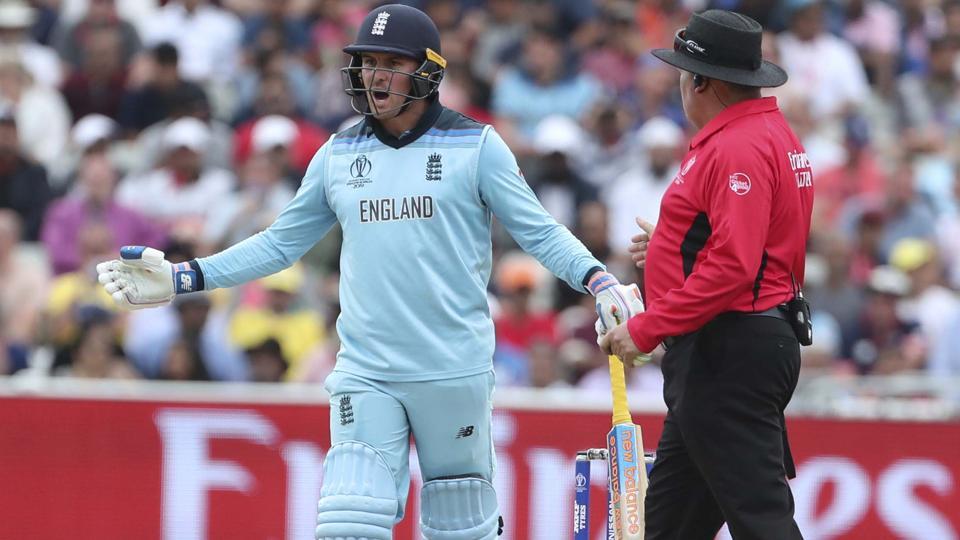 England batsman Jason Roy could face disciplinary action after his blistering innings in Thursday’s World Cup semi-final against Australia came to a controversial end at Edgbaston.

The Surrey opener had made 85 to set England well on their way to a victory target of 224 against the reigning champions when Australia appealed for a catch down the legside by wicketkeeper Alex Carey off fast bowler Pat Cummins.

The problem for Roy was that England had already squandered their lone review of the innings with an unsuccessful attempt to overturn fellow opener Jonny Bairstow’s lbw dismissal for 34.

Nevertheless, Dharmasena confusingly and incorrectly signalled for a review, with Australia pointing out the official’s mistake.

Wtf is wrong with empire 🤔
Is he high on something ?
Jason Roy missed a well deserved 100 ..
You gotta feel for this man 👏👏#ENGvAUS pic.twitter.com/2w5L48ZwSs

Roy, his arms spread wide, clearly believed Dharmasena should have signalled a wide delivery instead and the furious batsman had to be ushered away from the crease by square leg umpire Marais Erasmus.

Eventually, a clearly unhappy Roy, whose tirade prompted television broadcasters to apologise for his foul language, made his way back to the pavilion, with England 147 for two in the 20th over.

Showing dissent at an umpire’s decision is an offence under the International Cricket Council’s code of conduct and match referee Ranjan Madugalle could now take action.

Even so, Roy is still likely to be available for Sunday’s final against New Zealand at Lord’s .