ICC World Cup 2019: Why was MS Dhoni sent at No. 7 in semi-final? Ravi Shastri answers 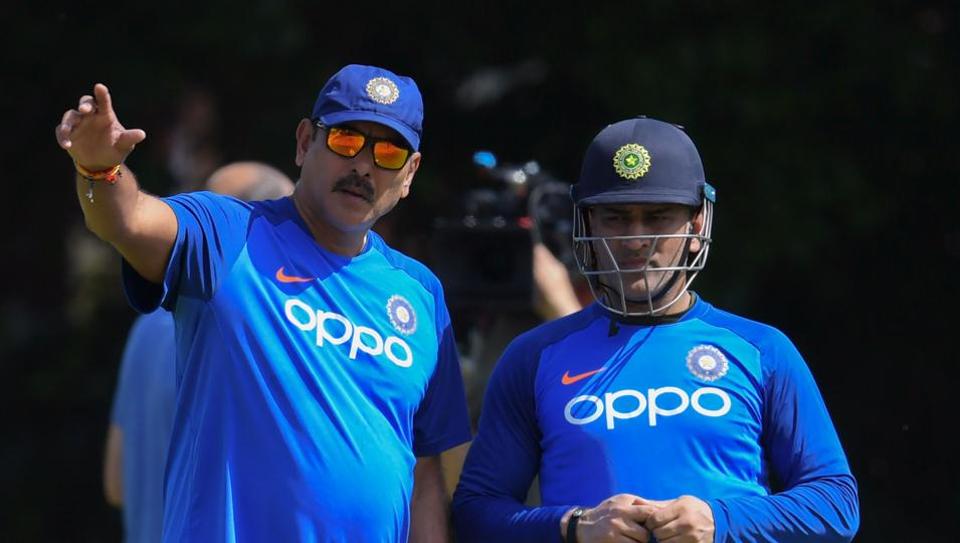 India head coach Ravi Shastri revealed the reason behind sending MS Dhoni to bat at No. 7 in the first semi-final of ICC World Cup 2019 against New Zealand at Manchester, which Virat Kohli’s men lost by 18 runs and were knocked out of the tournament. Many former cricketers including Sunil Gavaskar, Sachin Tendulkar and Sourav Ganguly believed sending Dhoni at his designated No. 5 position might have stemmed the flow of wickets and could even have altered the result in India’s favour. Shastri, however, explained that it was a team decision.

India restricted New Zealand to 239/8 in 50 overs. But chasing the modest 240 for a place in the final, India’s top order was blown away by the Kiwi bowlers led by Matt Henry (3/37) on the reserve day.

India lost Rohit Sharma, Virat Kohli, KL Rahul, and Dinesh Karthik for just 24 runs inside 10 overs before Ravindra Jadeja (77) and Dhoni (50) shared a 116-run seventh wicket stand to raise hopes of an unlikely victory. However, it wasn’t enough in the end as India fell short by 18 runs.

Dhoni, who had pretty much batted at No. 5 all throughout the World Cup, was surprisingly sent in to bat after Dinesh Karthik and Hardik Pandya.

“It was a team decision. Everyone was in with it — and it was a simple decision, too. Last thing you wanted was Dhoni coming out to bat early and getting out — that would have killed the chase,” Shastri was quoted as saying by the Indian Express.

“We needed his experience later. He is the greatest finisher of all times — and it would have been criminal to not make use of him in that way. The whole team was clear on it,” Shastri reasoned.

India came into the tournament as one of the favourites to lift the crown. Throughout the group stages of the 10-team event, the Men in Blue played true to their favourites tag by winning seven of the eight games with the one against the Kiwis getting called off due to rain. They lost to England, but still managed to top the group with 15 points from nine matches.

It was in the semi-final that they stumbled and Shastri, like skipper Virat Kohli and vice-captain Rohit Sharma, said 30 minutes of bad cricket cannot undermine the fact that India were good throughout the campaign.

“Walk out with your heads held high. Be proud. Those 30 minutes can’t erase the fact that you guys have been the best team in the last couple of years. You guys know it. One tournament, one series a” and that, too, 30 minutes of play can’t decide that. You guys have earned that respect. Of course, we are all hurt and disappointed but, in the end, be proud of what you have done for the last two years.,” Shastri said to the Indian team, he revealed to the Indian Express.