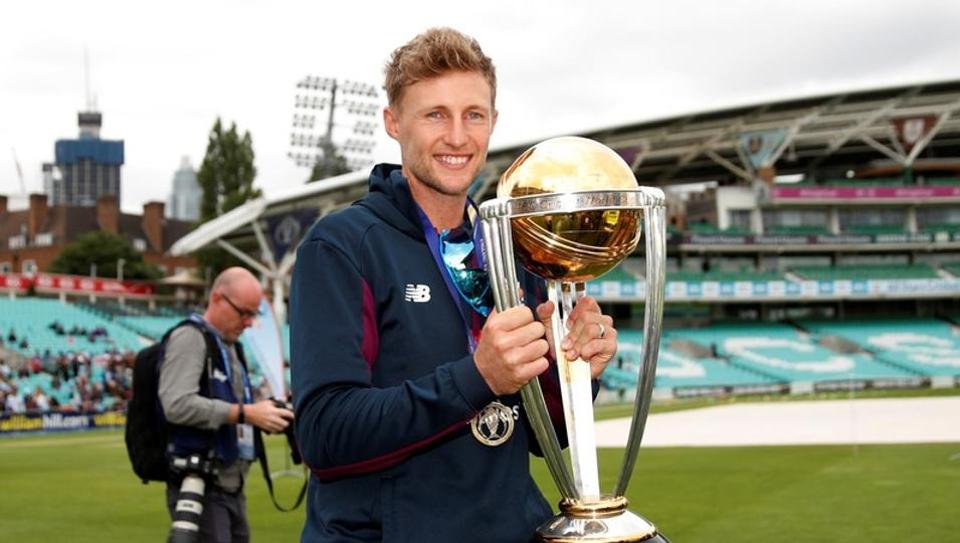 England’s Cricket World Cup triumph can be the perfect launch pad to complete a memorable double by winning the Ashes series against Australia this year, test skipper Joe Root has said.

Hosts England ended a 44-year wait to win the World Cup as they beat New Zealand side on boundary count after a tied Super Over in a dramatic final on Sunday.

Shifting focus to the five-match Ashes series, which begins on August 1, the 28-year-old said England were full of confidence as they bid to reclaim the urn having already achieved one of their targets.

ALSO READ: All elements came together to hand England their maiden crown

“It’s what we set out to do two or three years ago and we’re halfway there,” Root told reporters.

“This will give the guys confidence and we’ve talked about taking that forward into a series like that.”

England beat Australia in the World Cup semi-finals at Edgbaston, the venue for the first Ashes test, and Root said they were looking forward to getting back there.

“The way we played against Australia in that semi-final… the guys who were involved relished it and will want a bit more: the feeling of euphoria we felt at that ground,” Root added.

“To potentially be able to experience all that again is very exciting. Ashes cricket always has a different edge to it so that in itself will get everyone going.

“The atmosphere, the way it builds up and the way the guys get excited about it, it’s like no other series in test cricket.”

However, England must ensure their ODI success does not affect preparations, all-rounder Ben Stokes said.

“Everyone here deserves to feel like a champion because we’ve just won it, but when it comes to the Ashes it’s going to be heads on again because it has to be,” Stokes said.

“Whether you’re winning or losing, you’ve just got to wipe the slate clean.”

England warm up for the series with their first ever test against Ireland, a four-day contest, starting on July 24.