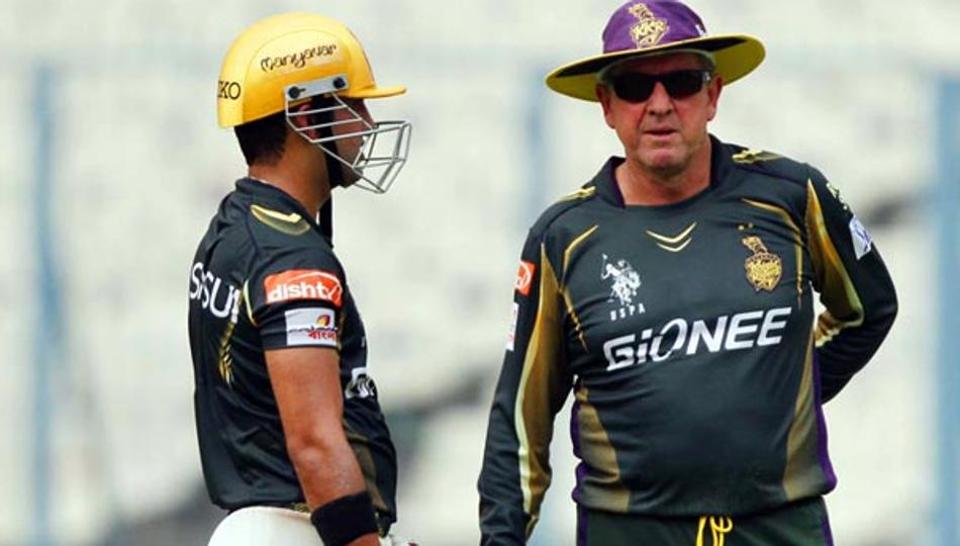 Kolkata Knight Riders (KKR) roped in England’s World Cup winning head coach Trevor Bayliss and former New Zealand captain Brendon McCullum as part of their support staff for the next season of IPL. Bayliss replaced Jacques Kallis as the head coach while McCullum will take over from Simon Katich as the batting coach of the Shah Rukh Khan owned franchise.

A few days ago Kallis and Katich had decided to part ways with KKR after being associated with the franchise for fairly long time. The Kolkata-based franchise decided to fall back to its trusted allies Bayliss and McCullum.

Both of them were previously associated with KKR. Bayliss was the head coach when KKR won its two IPL trophies in 2012 and in 2014 under the captaincy of Gautam Gambhir. While McCullum, who set the stage on fire with his blistering 158*-run knock in the first match of IPL, was an integral part of the KKR squad for 5 seasons, including leading them in the 2009 edition of the tournament.

According to reports, Bayliss, who no longer intends to extend his contract with the England and Wales Cricket Board after the Ashes, will take over as the new head coach of KKR ahead of IPL 2020.

Great news for KKR fans. Trevor Bayliss and @Bazmccullum are back , as Head Coach and Batting coach/Mentor respectively. You couldn’t have got a better combo to turn things around! pic.twitter.com/4UFttASUOI

— Joy Bhattacharjya (@joybhattacharj) July 17, 2019
Bayliss comes in with a wealth of coaching experience and a lot of success to back that. He not only helped KKR lift two IPL trophies in his 4-year tenure but also did a commendable job with Big Bash League franchise Sydney Sixers. The 56-year old’s biggest achievement, however, came when he took over the reigns of England and completely revamped their approach to ODI cricket. Under Bayliss England became the No. 1 ODI side and also went on to lift the World Cup for the first time at their own backyard a couple of days ago at Lord’s.

McCullum, who had been a part of the Royal Challengers Bangalore side even till IPL 2018, will start off his coaching career with his first IPL franchise. The former Kiwi captain was last seen as a commentator and expert in the ICC World Cup 2019, where New Zealand finished as runner ups.

KKR, who failed to reach the IPL playoffs in 2019, meanwhile plans to adapt the Mumbai Indians module of pushing the youngsters to the grand stage. “From setting up a sturdy coaching unit to creating an efficient ecosystem within their own perimeters, giving the coaching unit and leading cricketers longer, continuing stints, Mumbai Indians have yielded great results for themselves. It’s a template that certainly interests the management at Knights right now. There will be a change on multiple fronts,” a sources was quoted as saying by Times of India.