India vs West Indies: 5 youngsters who can make their India debut in the West Indies series 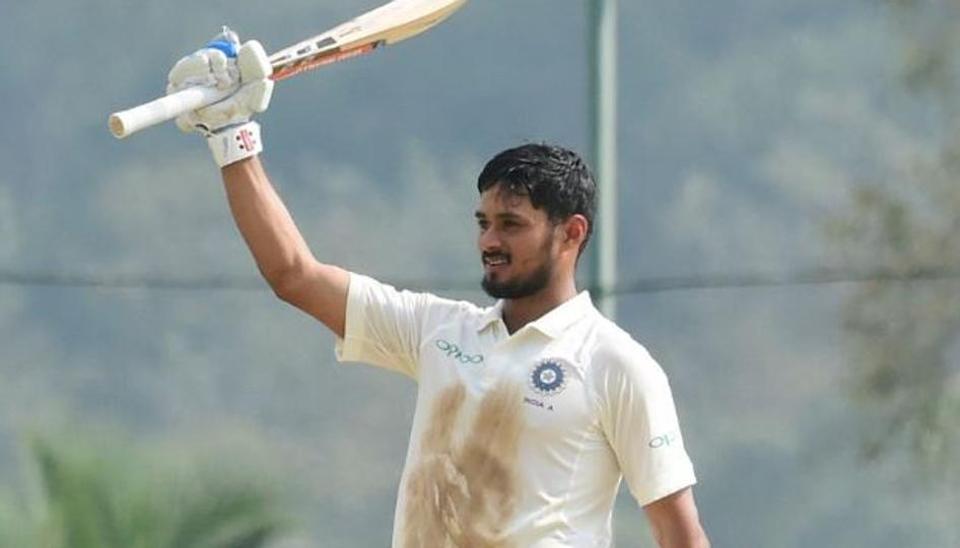 If for a brief period we cast our mind away from MS Dhoni – easier said than done – then there are lot of things to look forward to when the selectors meet in Mumbai on Sunday to choose the Indian sides for the West Indies tour starting August 3. First and foremost, the MSK Prasad-led selection committee will announce three different sides – T20Is, ODIs and Tests – for the West Indies series, which in itself warrants a lot of interest and if not then how about the following questions. Will Virat Kohli be available for the entire series? What about India’s No. 4 in ODIs? If Prithvi Shaw is unfit then who will open in Tests? Who is our first-choice Test wicket-keeper?

Didn’t these questions light the eyeballs? Provide oxygen to an Indian cricket fan whose world had come to a standstill after India’s semi-final exit in the World Cup? Perhaps yes, perhaps no too, depends on how an individual approaches the situation. But there is one question that surpasses all of the above and can even covert the pessimists into optimists. Who are India’s future stars? Who after the Kohlis, Bumrahs and Rohits? Will we find an answer to that in the West Indies series? May be not, but we will get the strongest of indications for sure.

Here are five youngsters (at least in terms of international experience) who can break their way into the Indian sides.

Mumbai, India – Dec. 1, 2018:Gujarat’s Batsman Priyank Panchal made 112 runs not out against Mumbai during Ranji Trophy at Wankhede Stadium in Mumbai, India, on Saturday, December 1, 2018. (Photo by Prakash Parsekar/HT PHOTO) ( Hindustan Times )
The Gujarat captain has been the new Mayank Agarwal of the domestic circuit. With Prithvi Shaw unlikely to regain fitness in time, the selectors will definitely look for a third opener to go along with KL Rahul and Mayank Agarwal and Panchal fits the bill perfectly, keeping in mind that the selectors are unlikely to bring Dhawan and Vijay in test cricket. A man known for his solid technique, Panchal has been a prolific scorer in the last few Ranji seasons. He ended up as Gujarat’s highest scorer with 898 runs to his name in the last Ranji Trophy and backed that up with a solid 160 for India A against Sri Lanka A a couple of months ago. In the 2016/17 Ranji Trophy, he topped the runs tally with 1,310 runs in 17 innings.

Kolkata: Bengal cricketer Abhimanyu Easwaran hits a shot on the 3rd day of their Ranji Trophy cricket match against Punjab, in Kolkata, Wednesday, Jan 9, 2019. (PTI Photo/Ashok Bhaumik) (PTI1_9_2019_000125B) ( PTI )
Panchal is certain to face tough competition from Bengal’s Abhimanyu Easwaran. A mainstay in Bengal’s top order, Easwaran made heads turn with 233-run knock against Sri Lanka A Belgaum in May this year. The 23-year-old was awarded the Bengal Cricketer of the Year for his consistent performance throughout the season. Before his double ton against Sri Lanka A, the right-hander had made good use of the off season by playing in Dhaka Premiere Division League in Bangladesh, where he scored 496 runs in just 7 List A games.

WORCESTER, ENGLAND – JULY 18: Navdeep Saini of India A bowls during Day Three of the Tour Match between England Lions and India A at New Road on July 18, 2018 in Worcester, England. (Photo by Tony Marshall/Getty Images) ( Getty Images )
Saini is probably the fastest Indian bowler going around. Yes, perhaps even faster than Jasprit Bumrah. With the ability to clock at more than 150 km/h, the Delhi youngster is one of front-runners to grab the seamer’s spot if the selectors decide to give Bumrah a breather. Saini, who had broken into the Indian side squad after Mohammed Shami failed a fitness test last year, has been knocking on the doors for quite some time now. The only thing that could against Saini, is the lack of wickets. Saini has shown early trends to be one of those quicks, who scares the daylight out of the batsman, bounces them, pushes them back, beats them on both inside and outside edge but has very little to show in the wickets column. In the A tours to England and New Zealand last year, he picked up 10 wickets at an average of 52 in four first-class games and just three wickets at 41.33 in the limited-over games. But he started the West Indies A tour on a great note by picking up a five-for in the first unofficial ODI.

Mumbai Indians cricketer Rahul Chahar bowls during the 2019 Indian Premier League (IPL) first qualifier Twenty20 cricket match between Chennai Super Kings and Mumbai Indians at the M.A. Chidambaram Stadium in Chennai on May 7, 2019. (Photo by ARUN SANKAR / AFP) / —-IMAGE RESTRICTED TO EDITORIAL USE – STRICTLY NO COMMERCIAL USE—– ( AFP )
Accurate, crafty, determined – Rahul Chahar is one of the flag bearers of modern-day Indian wrist spinners who not only turns the ball but does so with deadly accuracy. The Madhya Pradesh leggie displaced Mayank Markande from the Mumbai Indians’ first XI in IPL 2019 and turned out to be Rohit Sharma’s go-to man in the middle overs. With Chahal and Kuldeep just appearing a bit shaky, not certain anymore in India’s XI, at least in T20Is, the selectors can look into someone like Chahar. Chahar has picked up 4 wickets in the two unofficial ODIs he’s been a part of against West Indies A in which his economy rate of 3.98 stands out. By picking up 14 wickets for India A in the two first-class fixtures against Sri Lanka A in May, Chahar had shown that he can also tweak the red ball pretty well.

India have a problems of riches when it comes to choosing to wicket-keepers for longest format of the game. While there is no doubt that Rishabh Pant is certain to be picked, it will be interesting to see whether the selectors give another opportunity to Wriddhiman Saha, who had lost his place in the side not because of form but because of an injury. And then there is KS Bharat. If performance for India A guarantees India selection then Bharat will have a lot of reasons to be aggrieved if he doesn’t get the nod for the West Indie series. In his last 11 appearences for India A, Bharat has scored 686 runs with three centuries and two half-centuries, held 41 catches and effected six stumpings. He has scored three centuries against Australia-crA (106 at Alur), England Lions (142 at Wayanad) and Sri Lanka-A (117 at Hubli).