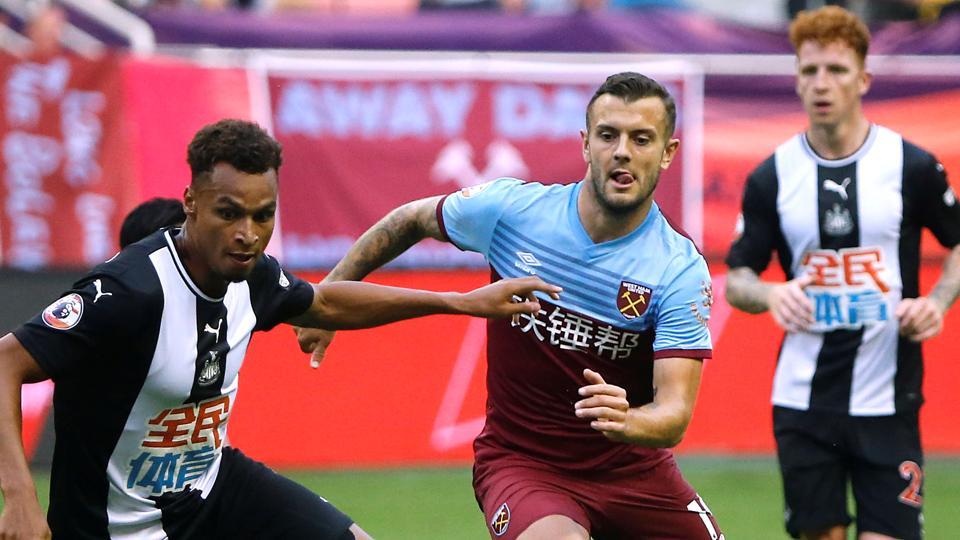 Steve Bruce watched from the stands as his Newcastle United side beat West Ham United 1-0 on Saturday to get his reign off to a winning start in Shanghai.

The 58-year-old, whose appointment as head coach has gone down badly with already disillusioned Newcastle fans, was unable to be pitch-side because of Chinese visa restrictions.

The former Sunderland boss is just three days into the job and this was only a pre-season friendly, but he will have been heartened by what he saw against a strong West Ham side.

Bruce is looking for forward reinforcements but Yoshinori Muto made his case by poking the ball in from close range in the first half after full-back Jamie Sterry crossed.

In contrast to their meek 4-0 defeat to Wolverhampton Wanderers on Wednesday in Nanjing in the Asia Trophy, Newcastle were committed and bit hard into tackles.

It may have been the other side of the world, but the disenchantment among Newcastle fans was never far from the surface in humid Shanghai.

They desperately want owner Mike Ashley to sell the club and in the 25th minute at Hongkou Stadium came the first chant of “we want Ashley out”. There were more just before half time.

Newcastle and Bruce, who took over on Wednesday from the popular Rafael Benitez, begin their Premier League campaign proper on August 11 when they face Arsenal at home.

The final of the Premier League Asia Trophy was later Saturday between Pep Guardiola’s City and Chinese-owned Wolves.