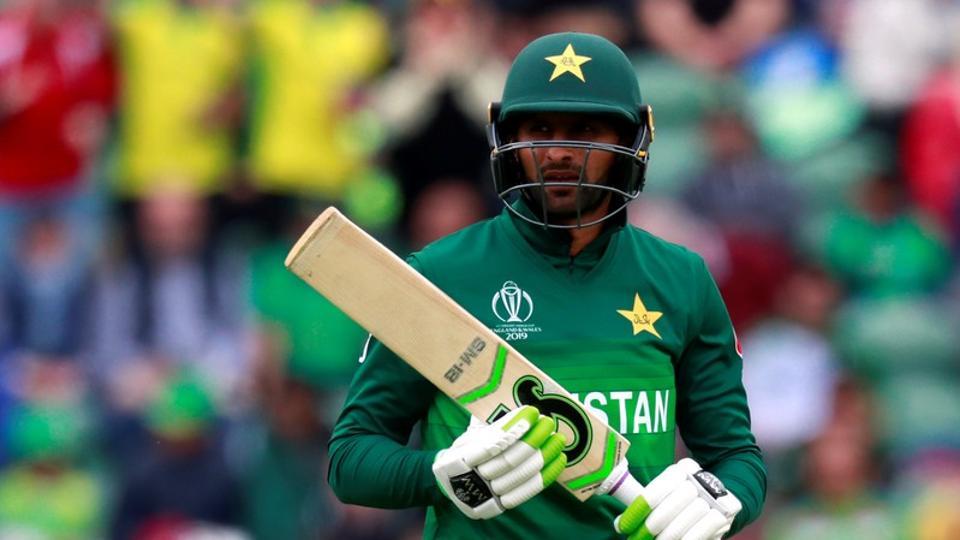 IND vs WI 2nd ODI Live: India skipper Virat Kohli won the toss and opted to bat against West Indies.India look to seal the series when they take on West Indies in the second T20I of the three-match series in Florida. Just short of 24 hours after registering a 4-wicket win in a low-scoring 1st T20I, Virat Kohli and Co will face Carlos Brathwaite’s men at the same venue. Batsmen from both teams had a hard time on the sticky wicket, which was under covers for the better part of last week. But with sun baking down, one can expect better batting conditions on Sunday. India bowlers did a fine job of restricting West Indies to 95 last night but batters did not perform to potential which may prompt the Indian think tank to opt for an extra batsman for the 2nd T20I.

20:25 hrs IST
Spin Introduced
Sunil Narine is introduced into the attack and although the first few deliveries were treated with respect, Rohit Sharma ended the over with a boundary straight down the ground. After 5 overs, India are 39 for no loss.

20:14 hrs IST
Kohli Speaks
“Looks an okay wicket today. The moisture from yesterday morning is gone. Think the pitch will get slower and slower. First six overs the ball is going to come on nicely. Important to assess the pitch once the ball gets older. Have to think on the feet on such a pitch,” Virat Kohli said at the toss.

20:08 hrs IST
Review Wasted
A strong shout from Nicholas Pooran as he thought Shikhar Dhawan has edged one to him but the review went in India’s favour. West Indies have now lost their review in the very first over and this can prove quite costly. IND 7/0

20:01 hrs IST
Match Time
Rohit Sharma and Shikhar Dhawan opened the batting for India as Oshane Thomas was given the ball. Good start for Rohit as he scored a boundary off the first ball of the innings. IND 5/0

20: Virat Kohli and Rohit Sharma both jointly holds the record for most fifty plus scores in T20Is.

2: With 104 sixes, Rohit Sharma is 2 sixes away from becoming the player with most sixes in T20Is. He is currently behind Chris Gayle (105).

121: KL Rahul is 121 runs away from completing 1,000 runs in T20Is. He can become the 7th Indian to achieve this landmark in T20Is. He can also become the fastest batsman to reach this milestone if Rahul achieves this in his next T20I innings. He has batted in 24 innings so far in T20Is.

3: Sheldon Cottrell is 3 wickets behind from completing 100 wickets in T20s.

1: West Indies need one more victory to complete 50 wins in T20Is. West Indies will become the 8th team to reach this landmark

19:32 hrs IST
IND opt to bat
India have won the toss and they have decided to bat first. The visitors have made no changes to their playing XI while West Indies have made one adjustment to their side.

19:23 hrs IST
Pitch Report
This pitch is still very solid. Most critical thing is there are some dark spots here, due to the overnight rain. Yesterday was a little tacky, today could be the same due to the moisture. Any team winning the toss would want to bowl first.

19:20 hrs IST
Team Changes
While India won’t try to make any changes in their playing eleven and would stick to the winning combination, West Indies could include an extra spinner in place of Rovman Powell as the wicket might again be on the slower side.

19:11 hrs IST
Kieron Pollard vs Navdeep Saini
Navdeep Saini was the star of India’s bowling attack in the 1st T20I. Kieron Pollard was the only West Indies player who led the resistance. He missed out on his half century though as he was undone by a slow swinging delivery from Saini in the final over. The duo will once again duel on Sunday at Lauderhill.

19:05 hrs IST
Evin Lewis vs Bhuvneshwar Kumar
The last time opener Evin Lewis played against India in Florida, he struck a majestic ton to power Windies to a one-run win. To stop that from happening again, Bhuvneshwar Kumar will be tasked to dismiss the hard-hitting opener early. Off 23 Bhuvneshwar deliveries in T20Is, Lewis has scored just 29 runs but to his credit, he hasn’t been dismissed by the Indian premier pacer yet in the shortest format.

18:56 hrs IST
Virat Kohli vs Sunil Narine
Old foes will reignite rivalry when India skipper Virat Kohli and Windies spinner Sunil Narine lock horns against each other. The two have faced each other quite a few times in IPL and they will now take their battle on to the international stage. Off 94 Narine deliveries in IPL, Kohli has scored 99 runs but he has been dismissed by the wily tweaker twice.

18:49 hrs IST
Shikhar Dhawan vs Sheldon Cottrell
Opener Shikhar Dhawan returns into international cricket after missing the latter part of India’s World Cup campaign due to a thumb injury. He will be raring to get back on the field after regaining full fitness. He will be tested early on by the furious pace of Sheldon Cottrell. The two have never faced each other in limited-over formats but expect sparks to fly when they do come face-to-face in Florida.

18:41 hrs IST
Rohit Sharma vs Oshane Thomas
Opener Rohit Sharma remains one of the most destructive batsmen in the shortest format and he will look to bring over his World Cup form into this series. He is likely to face the pace of Oshane Thomas early on in the innings. Off 18 deliveries from Thomas in T20Is, Rohit has scored 20 runs and he has been dismissed once by the fast-bowler.

18:30 hrs IST
India Predicted XI
Batsmen from both teams had a hard time in the sticky wicket, which was under covers for the better part of last week. But with sun baking down, one can expect better batting conditions on Sunday. India’s bowlers did a fine job by bowling West Indies out for 95 last night but batters did not perform to potential which may prompt the Indian think tank to opt for an extra batsman for the 2nd T20I. Here’s a look at the predicted XI for the 2nd T20I.

18:20 hrs IST
Unrest in Kashmir
Irfan Pathan and other support staffs of the Jammu and Kashmir’s cricket team were requested to leave the state at the earliest after the Indian Government’s security advisory following unrest in the valley. Read full story here.

18:00 hrs IST
India equal Pakistan’s unique World Record
Virat Kohli’s India started off life after World Cup on a positive note by defeating West Indies by 4 wickets in a low-scoring 1st T20I at the Central Broward Stadium in Florida on Saturday. Navdeep Saini started on his international debut, returning with figures of 3 for 17.

On a pitch where all batsmen struggled to play their shots, the West Indies were restricted to 95 for nine batting first.

17:50 hrs IST
‘I could not believe it when I got India cap’
“When I received the India cap (on Saturday morning), I could not believe that today is the day which I was waiting for,” Debutant Navdeep Saini told his senior pace colleague Bhuvneshwar Kumar in an interview posted on BCCI Twitter handle.

17:40 hrs IST
KL Rahul has a chance to break Babar Azam’s World Record
KL Rahul has a chance of setting a huge T20I record when Team India locks horns against West Indies in the second match of the three-game series at the Central Broward Regional Park Stadium Turf Ground in Florida on Sunday. Rahul was surprisingly excluded from India’s playing XI in the first match of the series on Saturday, which India won by 4 wickets but the right hander might just make a comeback in the second match, considering the fact that India struggled to chase down a modest target of 96. Virat Kohli and Co. lost six wickets before Ravindra Jadeja and Washington Sundar got them over the line.

17:20 hrs IST
West Indies predicted XI
West Indies had a poor show with the bat as well. There is a huge chance that some new names are introduced, and we could also see Sunil Narin opening the innings.

17:10 hrs IST
India predicted XI
After a poor batting display, there might be a few changes in India’s batting order in the 2nd T20I as the men in blue look to seal series.

17:00 hrs IST
Hello and welcome
Hello and welcome to our live blog of the 2nd T20I between India and West Indies. After a poor batting display in the first T20I, both teams will hope to provide a more entertaining match before they depart for West Indies. The men in blue will look to seal the series to test out their bench strength in the final showdown on Tuesday. West Indies, on the other hand, will be looking to get a life in the tournament.