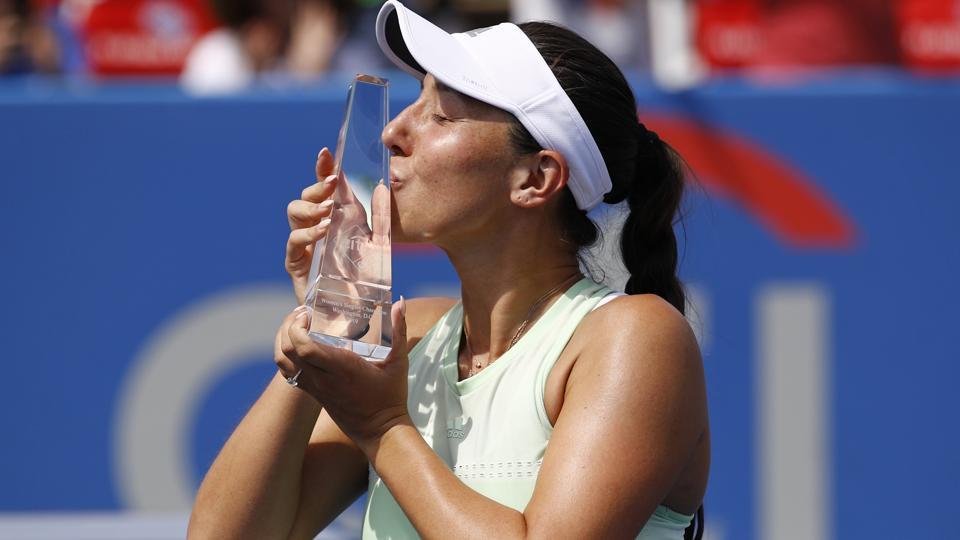 “I’m so happy to win my first tournament here,” she said.

Her only other WTA singles final was last year at Quebec City, where she lost to France’s Pauline Parmentier.

Pegula, ranked 79th but expected to reach a career-best 54th next week, broke early in each set and closed out matters just inside an hour with an ace.

Russia’s 10th-ranked Daniil Medvedev faces Australia’s 52nd-ranked Nick Kyrgios in the later ATP final. The Aussie beat Medvedev on Rome clay in May in their only prior meeting.

Pegula improved to 3-1 overall against 62nd-ranked Giorgi, but they had not played since 2012 until Sunday.

Giorgi, a Wimbledon quarter-finalist last year, has overcome nagging right wrist injuries that limited her to only six prior tournaments this year.

It was Giorgi’s first final since winning last year’s Linz crown. The 27-year-old Italian’s only other career WTA title came at Rosmalen in 2015.