Nadal ‘ready to play’ despite absences of Djokovic, Federer 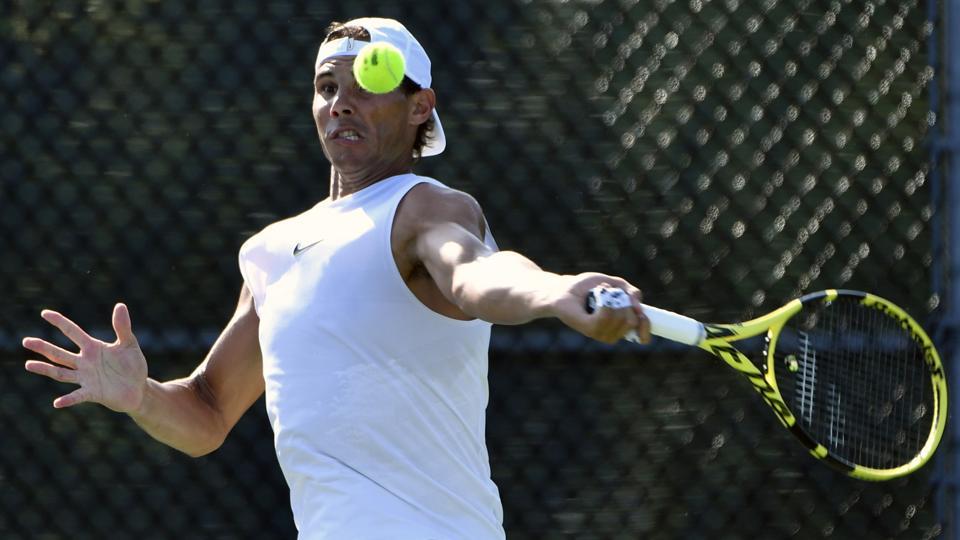 Rafael Nadal will focus only on the challenge in front of him as he defends his title at the Montreal Masters, where Novak Djokovic and Roger Federer are conspicuous absentees.

“I cannot think if they are here or not,” the top-seeded Spaniard said Sunday. “Anyway, tennis is more than just a few players.

“I need to prepare myself as well as possible and be ready to play.

“I would only face them in a semi-final or final anyway, so it’s not worth worrying about.”

With Djokovic and Federer putting a return to action on hold after their dramatic Wimbledon final, 33-year-old Nadal will be seeking to retain the title he earned last year in Toronto, when he beat rising star Stefanos Tsitsipas in the final.

The Greek is back, taking the fourth seeding behind a pair of fellow young guns in number two Dominic Thiem of Austria and Germany’s Alexander Zverev, seeded third.

Nadal, who arrived in Canada after training in the summer heat of Mallorca in the wake of his Wimbledon semi-final loss to Federer, could find himself challenged early by another rising star — Australian Alex de Minaur.

De Minaur, who won his second ATP title in Atlanta in July, takes on a qualifier in the first round for a shot at Nadal, who will enjoy a first-round bye.

Second seed Thiem has purposefully left it late for the hardcourts, preferring to stay as long as possible on European clay by entering both Hamburg and Kitzbuehel — where on Saturday he fulfilled a childhood dream of winning a tournament in his native Austria.

Now Thiem, beaten by Nadal in the last two Roland Garros finals, will try to carry that success to Canada.

“I’ve never won a match in Canada, I’d like to change that,” he said. “Canada is a big goal – I’m really hoping to get a win there.”

Thiem will open his campaign against either Canadian Denis Shapovalov or Frenchman Pierre-Hugues Herbert.

Third seed Zverev, who won the title here two years ago with a win over Federer in the final, will open against either Briton Cameron Norrie or Hungarian Martin Fucsovic.

Tsitsipas will bid to better his 2018 finals showing but must first get past either home-grown Milos Raonic, the 2013 finalist, or American Taylor Fritz, runner-up to de Minaur in Atlanta.

Meanwhile Djokovic and Federer are waiting in the wings, with the US Open, the final Grand Slam of the season, starting on August 26 in Flushing Meadows.

Federer has been training on hardcourts at home in Switzerland after falling to Djokovic in a dramatic five-set final at the All England Club three weeks ago, in which the Swiss great held two match points.

Djokovic has been pictured relaxing at various European beach resorts with his family prior to picking up the racquet once again.

Nadal wasn’t sure he’d go up against Djokovic and Federer in Cincinnati, saying it depends on what happens in Montreal and how his troublesome knees hold up to an intense week on hardcourts.

“Cincinnati is still an option,” he said, but added that he has to be careful on the punishing hardcourts.

“It is tougher on the cement than grass or clay,” he said. “We are the only sport that regularly plays on such a hard surface. This one can be dangerous for the body.”