Coutinho set for Barcelona stay after Miami win over Napoli 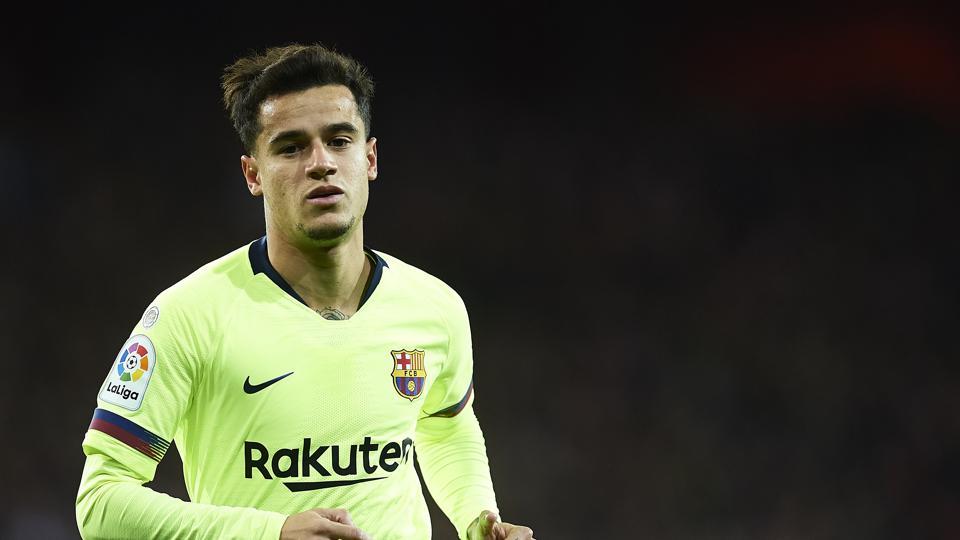 Barcelona coach Ernesto Valverde claimed on Wednesday that Philippe Coutinho is set to stay at Camp Nou despite strong interest in the unsettled Brazilian from the Premier League. The latest status update came after Croatian Ivan Rakitic scored a 79th-minute winner to see off Napoli 2-1 at the Hard Rock Stadium in Miami. Former Liverpool forward Coutinho has distanced himself from a move to Tottenham — he was also linked with Arsenal — and with the transfer window in England closing Thursday, the chances of the 27 year-old returning to England appear slim.

Former Barca forward Neymar, currently at Paris St. Germain, has also been touted to make a sensational return to the La Liga champions, although it has now been suggested that arch rivals Real Madrid are also weighing up a move.

“The plan is to count on Coutinho,” Valverde stressed. “The transfer windows are open but we expect him to stay of course.

“And as for Neymar, the last time I came to this stadium I had to answer a load of questions about him. Two years later and it’s the same again. It’s like it’s following me. I don’t know what is going to happen.” Croatian midfielder Rakitic struck with a crisply driven effort after an own-goal from Samuel Umtiti had cancelled out Sergio Busquet’s opener for the Spaniards.

This was the first leg of two matches between these European giants with the second encounter taking place in Michigan on Saturday.

“It was a pretty open game and we were able to give many of the squad some minutes so it was a positive outcome for us,” added Valverde, who is without the injured Lionel Messi for this US mini-tour.

Coutinho has traveled to the United States but wasn’t in the match day squad having been granted extra time off following his exertions at the Copa America last month.

It was the Italians, managed by former Real Madrid manager Carlo Ancelotti, who created the more clear cut openings.

Barcelona were struggling to find any rhythm but seven minutes before the break, captain Busquets superbly curled home, much to the delight of the pro Barca crowd of 57,062.

Three minutes later, however, Napoli deservedly drew level, ex-Real Madrid midfielder Jose Callejon’s effort was turned past Ter Stegen by Umtiti who endured a difficult half in defence, as did new signing Junior, the full-back who was making his debut.

Suarez and Griezmann were both replaced at half-time but the game lacked the intensity of the opening exchanges with a succession of substitutions from both managers.

With 23 minutes remaining, Ousmane Dembele hit the post with a curling effort but only Napoli’s Arkadiusz Milik will know how he missed from close range a few minutes later, the Polish forward somehow putting the ball over the bar with his chest.

And the excellent Rakitic made Napoli pay by drilling in from the edge of the area to secure the win for Barcelona.

“We created a lot of opportunities and we hope to play in a similar way in the next game,” said Ancelotti, who refused to confirm reports suggesting Colombian midfielder James Rodriguez was set to join Napoli on loan from Real Madrid.